Royal Enfield Super Meteor 650 soon to launch in India: All you need to know about! 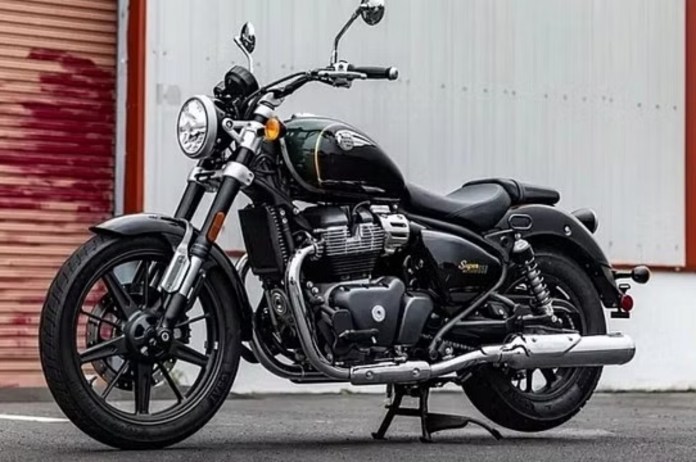 New Delhi: Royal Enfield first showcased its Super Meteor 650 bike at the 2022 EICMA. After this, it was launched in India at the Rider Mania held in Goa. Now the company will launch this cruiser bike in the next year 2023 as its first product of the year. The prices of this bike can be revealed in January. This will be the most expensive bike of the company in India. The starting price of which can be kept at Rs 3.5 lakh and the ex-showroom price of its tourer version is likely to be Rs 4 lakh.

This bike will come in two variants

The company has already informed that the Super Meteor 650 will come in two variants, in which the standard variant will be available in Interstellar (grey and green) and Astral (blue, black and green) paint schemes. While its Tourer will be available in Celestial Variant (Blue and Red) paint scheme. This is the company’s third bike, which has been built on the 650cc platform with an all-new chassis.

Many features have been given in this cruiser bike, which is not available in any other bike of the company. The bike will get a tripper navigation pod, Showa USD fork suspension, a full LED headlamp as standard fittings, while the Tourer variant will get a larger windscreen and pillion perch apart from these features. Along with this, back rest will also be available in this bike.

The new Royal Enfield 650cc bike will get the same 648cc engine, which is also available in the G Interceptor 650 and Continental GT 650c. This engine generates maximum power of 47bhp at 7,250rpm and torque of 52 Nm. Royal Enfield claims that the engine of this cruiser bike has improved mapping and gearing and can produce 80% more peak torque at 2,500rpm.

Will compete with KTM 390 Duke

KTM 390 Duke is available in the Indian market at an ex-showroom price of ₹ 2,94,976. It is powered by a 373.27cc BS6 engine that generates 42.9 bhp power and 37 Nm torque. The bike gets anti-locking braking system with both front and rear disc brakes. Its fuel tank capacity is 13.4 litres.