HomeAutoNew Royal Enfield Bullet 350: All you need to know about

New Royal Enfield Bullet 350: All you need to know about

This new bike has been spotted several times during testing. So let's know what will be special in this updated Bullet 350. 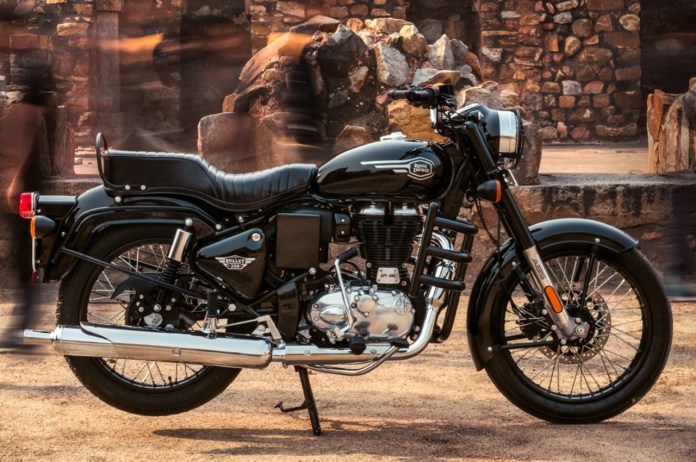 New Delhi: Royal Enfield, famous for its powerful bikes, is continuously launching its new motorcycles in the country. After first Scram 411 then Hunter 350, the company is also going to launch new Himalayan 450 and Super Meteor 650. Along with this, the company is also preparing to launch its old bike Bullet 350 in a new avatar. This new bike has been spotted several times during testing. So let’s know what will be special in this updated Bullet 350.

According to media reports, the company can use only engines like Meteor 350, new Classic 350, Hunter 350 in the new updated version of Royal Enfield Bullet 350. This bike will also be built on the company’s new J-series platform. The specialty of the bikes built on this platform is that they get great performance with more power. In addition, vibration is also felt less in it. The new motorcycle will be powered by a 349cc single cylinder, air-cooled engine that produces 20.2 bhp of maximum power and 27 Nm of torque. In addition, a 5-speed gearbox will be given in it. Like all the new bikes of the company, there will be a lot of improvement in its mileage.

The new Royal Enfield Bullet 350 is likely to get new taillamps, longer handlebar, single seat setup with round rear view mirrors and circular headlamps. There is currently no other information available about its look.

The new Bullet 350 will get features like single channel ABS, tripper navigation, twin shock absorbers, improved speedometer pod, new front disc brake and rear drum brake along with another small pod. Many other features can also be given in this. The bike is expected to be launched early next year.