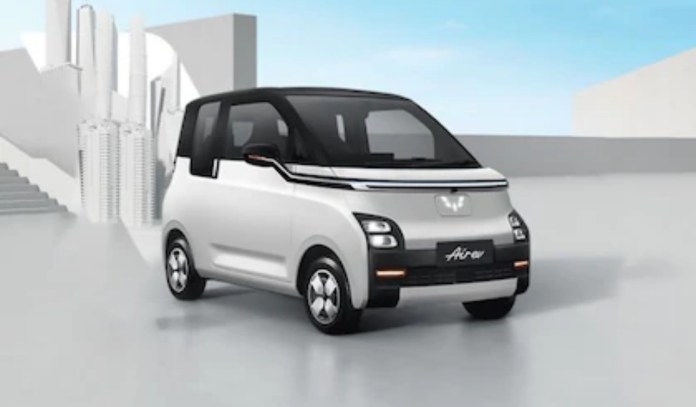 Share
Facebook
Twitter
Pinterest
WhatsApp
New Delhi: MG Motor India (MG Motor India) is preparing to launch its second electric vehicle in early 2023. It will be a compact city car. The car was recently spotted at the G20 summit in Indonesia, where the Wuling Air EV was used as the official transport vehicle.
The upcoming MG electric car to be launched in India on January 5 will be a rebadged version of the Wuling Air EV. Before the launch of MG Air EV in India, we are telling you five important things about this electric vehicle.

Talking about the size of MG Motor’s upcoming electric car, it is likely to be as big as the Wuling Air EV. It is expected to measure around 2,974 mm in length, 1,505 mm in width and 1,631 mm in height and have a wheelbase of 2,010 mm. It will be smaller than the Tiago EV and will be very similar to the newly launched Eas-E micro EV from PMV Electric.

MG’s upcoming electric vehicle will be based on the Wuling Air EV that is currently sold in Indonesia. It is based on the Global Small Electric Vehicles (GSEV) platform. The platform can be adapted to suit multiple body styles. In India, this compact EV has been codenamed E230 and it is expected that it will not be called Air EV. Instead MG will use a new name for the vehicle.

After launching the MG ZS EV in a relatively premium segment, the upcoming MG Air EV is expected to be brought into the more affordable segment where models like the Tata Tiago EV and the Tata Tigor EV are sold in India.
December 5, 2022