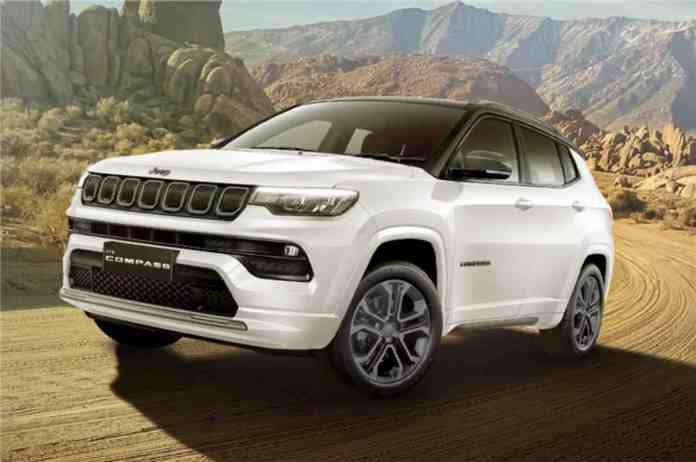 New Delhi: Jeep India has launched the 5th-anniversary edition of the Compass. In the special edition of the popular SUV, a lot of features have been given in comparison to the regular model. It has been given separate special badging, different tires and stylish grille. The company has also started booking the 5th-anniversary edition of Jeep Compass at its dealerships and official website. Its price starts from Rs 24.44 lakh.

The Anniversary Edition of the Compass comes with a granite crystal finish and 18-inch alloys. It has a 5th-anniversary badge. Apart from this, the SUV includes mirrors with neutral gray accent badging and a new gloss black grille with neutral gray rings. The body color is given in the lower front and fender flares. Light tungsten accent stitching has been given in the leather seats on the inside. The interiors are accented in piano black and anodized gun metal with a black headliner. The interior also gets an automatic dim rear view mirror.

The anniversary edition will come with two engine options

The Compass also gets a 1.4-litre turbocharged petrol engine that develops 160 bhp and 250 Nm of peak torque. It comes with a 6-speed manual gearbox and a 7-speed DCT. In terms of features, it gets a 10.1-inch touchscreen infotainment system, digital instrument cluster, a panoramic sunroof etc. The new Jeep Compass 5th Anniversary Edition can be expected to be launched in the coming days.

The company had earlier launched the Night Eagle variant of the Jeep Compass. It was launched in black theme. You also get an all-black interior and a two-tone roof. This car is available for sale. The company launched the Compass Night Eagle variant only four months after the overwhelming response to the Jeep Compass Trailhawk variant. Its starting price was kept at Rs 18.04 lakh (ex-showroom).