Hyundai Grand i10 Nios vs Tata Tiago: Know which CNG car is better and why? 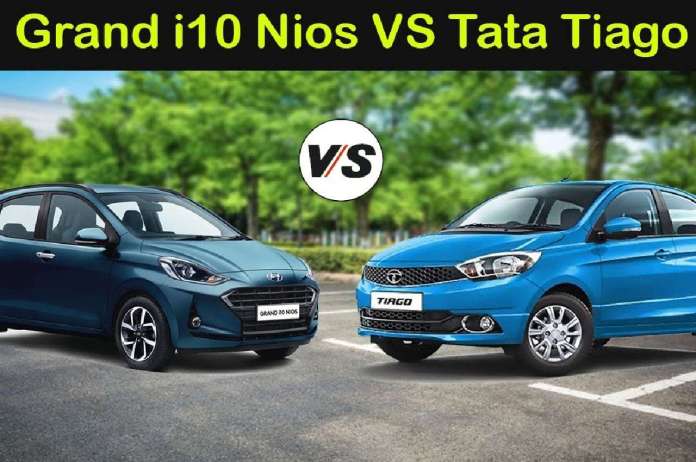 Hyundai Grand i10 Nios CNG vs Tata Tiago CNG: Due to the ever-increasing international oil prices, many people these days prefer to buy a CNG or electric car. Many automobile companies have recently introduced CNG cars in the country, which outperform petrol and diesel vehicles. In this post, you will learn about the specifications and performance of two CNG vehicles: the Hyundai Grand i10 Nios CNG and the Tata Tiago CNG.

Many experts have made comparisons and given their opinions on these two vehicles. Both have been described as superior in the majority of reviews. However, when we look at the actual situation, we can see that there are numerous factors influencing their performance.

The Tata Tiago CNG, for example, has a three-cylinder engine, whereas the Hyundai Grand i10 Nios has a four-cylinder engine. Both cars have a 5-speed manual transmission, giving users more power and control. Both have a maximum torque of 95 Nm. In terms of power, Tata Tiago is more powerful. This vehicle has a power output of 73.4PS, whereas the Nios has a power output of 69PS.

When the mileage of both cars is compared, the Tata Tiago gets 17.81km/kg in the city, which is significantly less than the 20.24km/kg of the Hyundai i10 Nios.