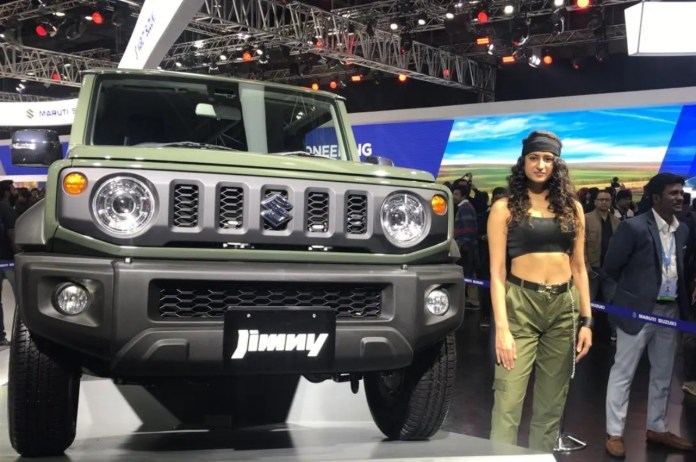 Most people must have seen the Maruti Suzuki Jimny 3-door version sold in the international market, the 5-door version of the Jimny that has been brought to India, it comes with the design of the 3-door version to a large extent. . However, some changes have been made to bring it in the 5-door version. It is a 5 seater and measures 3,985mm in length, 1,645mm in width and 1,720mm in height. Its ground clearance is 210mm. Its approach angle is 36 degree, ramp break-over angle is 24 degree and departure angle is 50 degree. It is brought with 4X4. That is, overall it can be a great offroader.

It gets Android Auto and Apple CarPlay, 9.0-inch Smart Play Pro+ infotainment system, Arkamys surround sound system, 6 airbags, brake limited slip differential (LSD), ESP with hill hold assist, hill descent control, ABS with EBD and rearview mirrors. Features like camera are available. It is powered by the 1.5-litre four-cylinder K15C Dualjet petrol engine, which we have previously seen in the Ertiga, XL6, and the Brezza. It has been given a mild-hybrid system. The engine generates 104.8 PS power and 134.2 Nm torque. A 5-speed manual gearbox and 4-speed torque converter are offered in it.