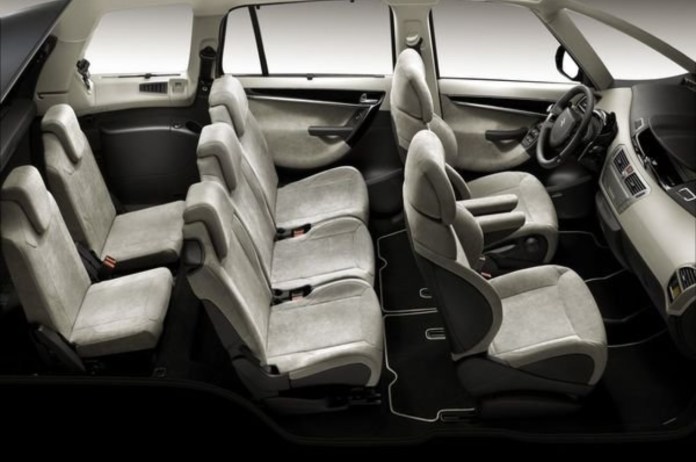 New Delhi: The SUV/MPV market in the country is growing at a tremendous pace. Due to the high demand for 6/7 seater models, several car manufacturers are planning new products in different price ranges. Here are the key details on the 12 best upcoming new 7-seater SUVs and MPVs (Family Vehicles).

Hyundai’s new Stargazer MPV recently launched in Indonesia. While there is no official word on its launch in India, the model is likely to make its way to India sometime next year. This is where Hyundai’s new MPV will take on the Kia Carens and the Maruti Suzuki XL6.

In Indonesia, the Hyundai Stargazer is offered in four variants – Active, Trend, Style and Prime. For propulsion, the MPV uses a 1.5-liter MPI gasoline engine with an output of 115 hp and two transmission options – a 6-speed manual and an automatic IVT.

If reports are to be believed, Maruti Suzuki is planning to foray into the 7-seater SUV space with a new model in the coming years. It will be the most expensive SUV from the Indo-Japanese automaker and sold through its premium Nexa dealer network. Codenamed Y17, Maruti’s new 7-seater SUV might share its platform with the soon-to-be-launched Grand Vitara – the Global C-platform.

Under the hood, the model can be equipped with a 1.5-liter K15C dualjet gasoline engine and a powerful Toyota 1.5-liter TNGA Atkison hybrid drive. The SUV could be offered in 6- and 7-seater seating configurations

Toyota and Suzuki are reportedly jointly developing a new C-segment MPV for the Indian market. In terms of price and positioning, Toyota’s new 7-seater MPV will sit between the Innova Crysta and the Ertiga. It is said to be designed on a monocoque platform and come with mild hybrid and electric powertrain variants.

The Japanese automaker has already trademarked the Toyota Rumion nameplate in India. It is likely to be used for its rebadged version Maruti Suzuki Ertiga. Its entire design and interior layout will be similar to the Ertiga. Although a few cosmetic changes will set it apart.

The new Toyota MPV will carry a newly designed front grille with the distinctive Toyota logo. The seven-seat MPV is likely to receive minor cosmetic changes and will be equipped with a 1.5-liter Dualjet gasoline engine with 103 horsepower and start-stop technology.

The Toyota Innova HyCross is set for a world premiere in November 2022, followed by a launch in India in January 2023. Here, it will be sold alongside the existing Innova Crysta.

In other Asian markets, the Innova HyCross will be introduced as the Innova Zenix. The model will be based on Toyota’s global TNGA-C platform and will measure around 100mm longer than the existing Innova Crysta. While some of its design cues will be borrowed from the current generation Innova, it will share a few styling cues with the global Veloz and Corolla Cross models.

The powertrain setup of the Innova HyCross may include a 2.0L petrol hybrid unit with a localized version of the new THS II (Toyota Hybrid System II).

Toyota Kirloskar Motor will introduce the new generation Fortuner SUV sometime next year. The all-new model could be built on Toyota’s TNGA-F architecture and get features like ADAS (advanced driver assistance system), electric power steering and vehicle stability control. The new Toyota Fortuner 2023 could get a diesel hybrid powertrain.

It could feature a 2.8L 1GD-FTV oil burner with mild hybrid technology and an integrated starter generator (ISZG). Rumor has it that the company might use the ‘GD Hybrid’ badge for the hybrid variant of the SUV. The new Fortuner will be high-featured with gadgets like vehicle stability control, electric power steering and ADAS.

According to media reports, Honda Cars India might introduce a new 6/7 seater SUV to challenge the likes of Hyundai Alcazar and Tata Safari. However, the model is currently in the consideration phase. The automaker could use the next-generation Honda BR-V platform with global specification for the upcoming 7-seater SUV. Its drivetrain is likely to be borrowed from the new City Hybrid.

Citroen’s upcoming seven-seat SUV was recently spotted testing, which is said to hit showrooms sometime next year. Called the Citroen C3 Plus, the model will be based on the C3 hatchback and will share most of its design elements, features, platform and engines with its younger sibling.

However, it will be longer and have an additional row of seats. Its wheelbase could be similar to the C3. Citroen’s new 7-seater SUV can use the same 1.2-liter three-cylinder turbo petrol that works in the C3 as power. The engine coupled with a manual transmission provides the required power of 110 hp and a torque of 190 Nm.

The fourth generation Kia Carnival could make its way to India. This globally unveiled model is longer, wider, taller and more spacious than the previous generation. Major cosmetic changes and feature enhancements are expected.

Here, the Kia Carnival 2023 could come with the existing engine – that is, a 2.2L diesel. The oil burner delivers a peak power of 200 horsepower and 440 Nm of torque. It is paired with an 8-speed automatic transmission.

Nissan is considering a 7-seater version of the Magnite SUV for the Indian market. The model will probably have a sliding system to adjust the legroom in the middle and third rows. There will be a folding bench in the cargo area. Most of its components and styling bits will come from Magnite.

In fact, Nissan’s new 7-seater SUV could be offered with a 1.0-litre turbo petrol and naturally aspirated petrol engine derived from its younger sibling. While the first of them reaches a maximum power of 100 hp, the second provides 72 hp.

There are speculations that Renault might bring the next-gen Duster in India with a seven-seat configuration. It is expected to witness its launch in 2024. However, the model could debut in late 2023. The all-new Duster is likely to share its platform with the Dacia Bigster SUV. Its design could be inspired by the Bigster concept.

The SUV will underpin Groupe Renault’s new CMF-B platform, which is compatible with a variety of body styles and powertrains including plug-in hybrids, battery electric cars and gasoline engines. A 1.2-liter gasoline engine with a 48V hybrid system can work under the hood.

According to media reports, Škoda is considering two new SUVs for the Indian market. One of them is a 7-seater SUV that is expected to take on the likes of the Hyundai Alcazar. Details of the upcoming 7-seater Škoda S