SA20: ‘It’ll be amazing to have a player like MSD,’ Graeme Smith shares update 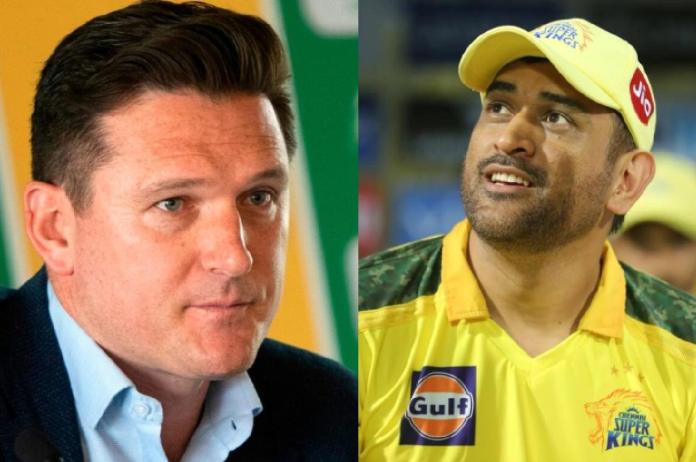 New Delhi: South African T20 cricket league, SA20 has roped one of the best players from around the world. As the trend of franchise cricket is rapidly capturing the sight of everyone, SA20 league is a new spice into the dish.

Most of the teams are owned by the Indian Premier League franchise, so can it be possible to see the likes of MS Dhoni or any retired Indian players in SA20. Cricket South Africa commissioner, Graeme Smith was questioned about the possibility of having MS Dhoni in their league, getting a honest reply.

What does BCCI rules says about playing in foreign leagues

As the rules goes of Board of Control for Cricket in India (BCCI), any player who has not disassociated from it can not participate in any foreign leagues. The door is only opened for the retired players. MS Dhoni may have taken retirement from the international cricket but he is still playing for Chennai Super Kings (CSK) in IPL.

“It would be amazing to have a player like him. But as I have previously said, we always work with and respect the BCCI. The fact that we have created such a nice working relationship with them and have been able to talk to them and learn from them. I mean, they are hugely experienced in doing such events like the IPL or the World Cup. And it is a very important relationship to have for the SAT20. From our perspective, we looked at it, we have one or two opportunities,” said Smith.

“Listen, it’ll be amazing to have a player like MSD Yeah, I mean, we, as I said, we always work with and respect the BCCI’s decisions. And I think that the fact that we’ve created a really good working relationship with them, we’ve been able to talk to them and learn and bounce off things from many different factors,” Smith added.

They are hugely experienced in certainly, you know, doing these type of events like from an IPL, World Cup perspective. And I think it’s a very important relationship to have for SA20. Yeah, look, I think, you know, from our perspective, you know, we looked at it and there were one or two opportunities,” Smith praised Indian players.

“We don’t get involved in selection of teams, we try and create the platform for as many players as possible and then our teams must decide on who they want to pick and who they want to play. But you know from the perspective of some of the names you mentioned, I mean world class cricketers, they’ve done magnificent things for India and the world game. So, you know, there will always be something that we would look to associate with,” he signed off.