IND vs NZ 3rd ODI: After tasting defeat in hockey, Can India take revenge against Kiwi in cricket? 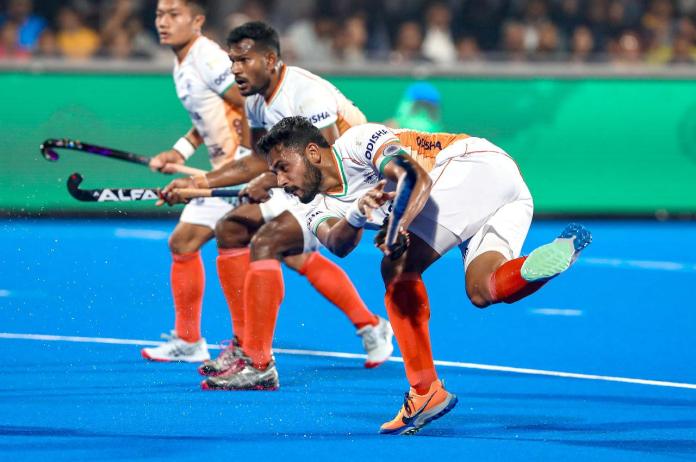 New Delhi: The 47 years dream of Indian hockey to lift the Hockey World Cup crashed after they faced defeat from the hand of New Zealand in penalty shot-out in crossover match on Sunday.

Heartbreak for India as they bow out from FIH Odisha Hockey Men's World Cup 2023 Bhubaneswar-Rourkela. Here are some crucial moments from the game.

That was not just Dhoni’s wicket but the dream of many Indian fans that shattered when Dhoni was returning to the dressing room.

In the 49th over of India's failed run chase against New Zealand in the 2019 World Cup semifinal, MS Dhoni was run out. pic.twitter.com/gRmRtYbs8m

On Sunday, January 22, again it was India vs New Zealand but the game was of Hockey on the Indian soil. But the pain remains the same, the story is again repeated. Harmanpreet and Co, could not passed the test of black sticks. After India takes the lead after first half, New Zealand then levelled the score board with 3-3 at the end of quarter 4.

Will India whitewash the series against New Zealand?

Rohit Sharma and Co, has already taken the lead in three match ODI series against Kiwi. Now, they will look to sweep the series with 3-0 win. India is hosting the cricket World Cup 2023, so India is looking favorite to clinch the champion title.

The men in blue failed to full filled the dream of Hockey, but now it’s will cricket World Cup. India team star like Virat Kohli, Shubman Gill, Ishan Kishan and Suryakumar Yadav. Indian bowling line-up also looks terrific with Mohammed Siraj and Mohammed Shami. Bumrah who was suffering from injury will make his come back and give team more depth in bowling line-up.