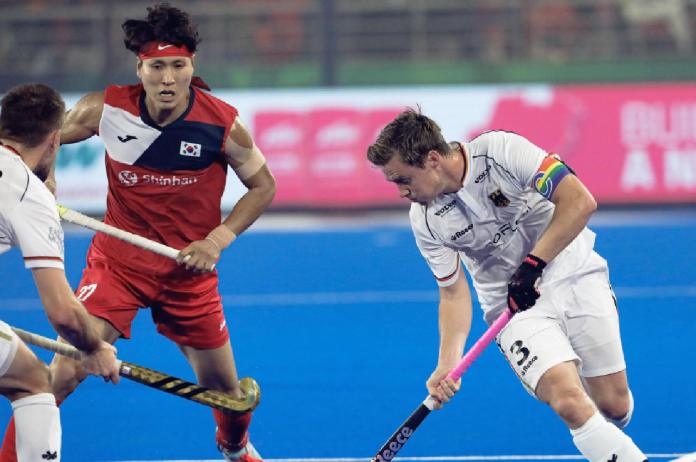 New Delhi: Hockey teams of Germany and Argentina will face off France and South Korea for the quarter-final berth in last crossover match on Monday at Kalinga Stadium in Orissa’s Bhubaneshwar. However, India and Malaysia have been knocked out of the quarter-final race after they were defeated in their respective matches.

France is placed on third position in their Pool A below Australia and Argentina. In last three group matches, France faced 1 win, 1 draw and 1 defeat. Now, they will face Germany to secure their quarter-final position. Germany who never got eliminated before the Quater-final, will be a huge competition for France.

The two time champion Germany finished on 2nd position in Pool B, falling behind the defending champions Belgium.

Argentina will aim at their four consecutive quarter-final place at Hockey World Cup 2023. The Gold Medal winner at the Rio Olympics, Argentina, was placed second which was behind Australia in Pool A. Argentina will now look up to face South Korea at the crossover match and show another deep run in the tournament.

Argentina and South Korea faced each other for three times. Out of three, Argentina won 2 games whereas South Korea got their only win in one occasion. South Korea had only one win in their group matches where they defeated Japan.

Crossover matches are here to cure your Monday blues ⚔️

When is the crossover match?

What time is the crossover match?

Read More :-IND VS NZ 3RD ODI: AFTER TASTING DEFEAT IN HOCKEY, CAN INDIA TAKE REVENGE AGAINST KIWI IN CRICKET?

Both the match will be played at Kalinga Stadium in Bhubaneshwar.