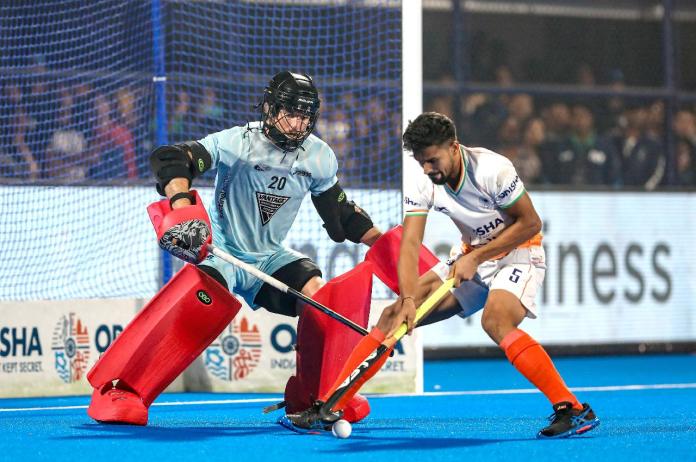 New Delhi: The International Hockey Federation (FIH) Hockey World Cup journey for India ended on a disappointed note after the host faced defeat from New Zealand by 5-4 in penalty shootout at Kalinga Stadium in Bhubaneshwar on Sunday.

New Zealand has now proceeded to Quarter-final against Belgium on January 24. India will play against Japan on January 26, for 9-16 classification matches.

Read More :-IND VS NZ 3RD ODI: AFTER TASTING DEFEAT IN HOCKEY, CAN INDIA TAKE REVENGE AGAINST KIWI IN CRICKET?

What went wrong for India

India missed the maximum chances to turn the penalty corner into goals. Harmanpreet Singh, India’s major drag-flicker, as his missed most of the chances to convert the goals.

The forwards, except for Akashdeep Singh and Mandeep, have not been of much help for the team. India just scored 6 goals in the World Cup while the Hamstring injury to attacking player Hardik Singh caused the major trouble for the team.

India was placed in Pool D alongside England, Spain and Wales. India bagged their first win against Spain and 0-0 draw against England. But India showed below-average performance against Wales.

New Zealand learned from their mistake

New Zealand was not the toughest team to defeat as the black sticks scored 5 goals in the World Cup; just one goal less then India. The defeat from Malaysia taught New Zealand some hard lessons. Following which, the New Zealand team improved their attacking ability after the first half to convert two chances into the goals.