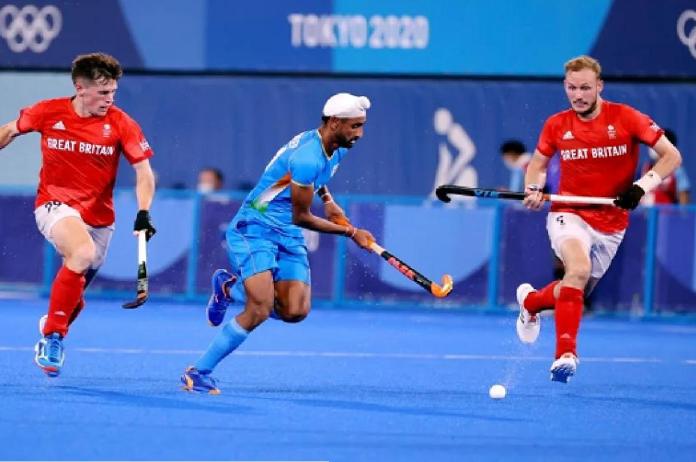 New Delhi: The England Hockey team landed in India with more aggressive, more goal-oriented approach in the World Cup 2023. England 4-0 impressive win over Wales, sends the message to the Indian dressing room that, their second encounter will be more tough and will be closely contested.

It seems like England Cricket team has inspired the Hockey with their majestic approach of the game. The experienced English side showed their full strength against the debutant Wales. England got their first breakthrough when David Goodfield lifted the ball from his half and passed to the midfielder Sam Ward, the midfielder then turned and ran toward the goalkeeper and finally netted the ball.

A great start to the FIH Men's World Cup for England with a 5-0 win against Wales.
Read ⬇️ for the match report. https://t.co/XfwhpF15nq pic.twitter.com/RfMgLndoqQ

The men in blue also started their World Cup campaign with a terrific 2-0 win over the young Spain side. Vice Captain Amit Rohidas and midfielder Hardik Sing shared one goal each, and India stepped closer to the dream of lifting the World Cup.

India and England will face each for their second encounter at Birsa Munda Stadium in Rourkela. The newly constructed stadium will experience one of the red-hot contest between the world number 5 team India and just below them is England team on 6th position.

India vs England head to head

India has edge over the English side, both the team had faced each other for the 21 times and men in blue won 10 against them. While England had won 7 games and with 4 draw between them.

When the both team faced each other at Birmingham Commonwealth Games 2022, India had taken the lead of 3-1 against England. But at the end England covered up and equaled the game for 4-4.

India just won by one goal 4-3at FIH Pro League 2022. With England just won one game at previous five encounters. But their never giving-up spirit can’t be ignored. India have to more aware and make most of their defence.

Date and Venue of India vs England

India vs England Group D match of the 2023 Men’s Hockey World Cup will be played at the Birsa Munda Hockey Stadium in Rourkela on Sunday – January 15, 2023.