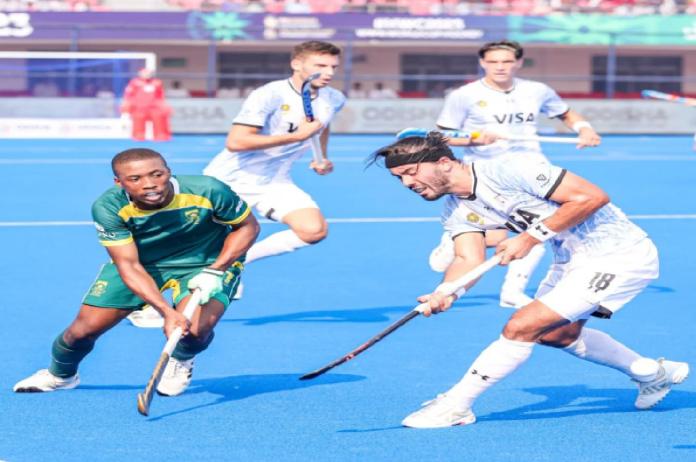 Argentina dominated from the start and defeated South Africa by 1-0. The hero of Argentina’s victory in the match was Maico Casella, who scored a brilliant goal and shattered the African defence.

No goal till half time

By the end of half time, none of the teams could manage to post the goal. Until then, both the teams tried their best to make the goals but the defence played a vital role.

No team could score in the first and second quarters but Argentina began the third quarter on the offensive. The team continued to counter attack the South African goal post. They took advantage of the situation and Casella scored a brilliant goal on Toscani’s pass.

Argentina failed in all attacks in the fourth quarter

Where can I watch the live streaming of Hockey World Cup 2023?

How to watch match on mobile and laptop