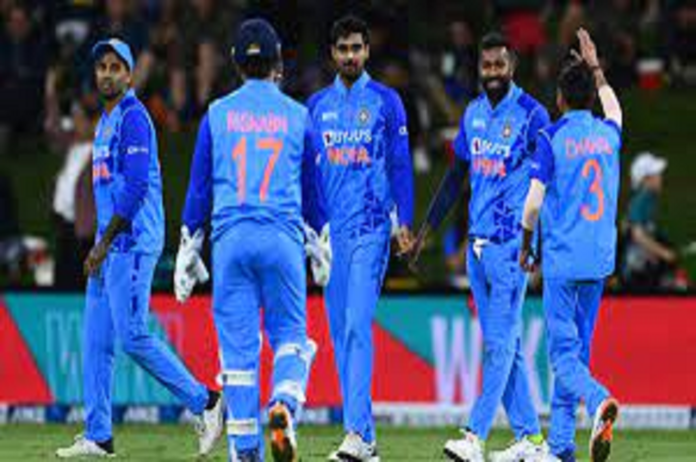 India vs New Zealand: Following a successful ODI series against New Zealand, India’s focus now shifts to the game’s shortest format. The first of three Twenty20 International matches will be held at Ranchi’s JSCA International Stadium Complex. Team India will strive to capitalise on this opportunity and build on their prior success, led by Hardik Pandya.

The Indian cricket squad has arrived in Ranchi and is preparing for the first match, which will take place on January 27, 2023. (India vs New Zealand)

The Men in Blue have received some bad news ahead of their first game, as Ruturaj Gaikwad, India’s white-ball opening potential, has been ruled out of the entire series, according to Cricbuzz.

The Chennai Super Kings opener has been transferred to the National Cricket Academy (NCA) in Bengaluru for rehabilitation after complaining of wrist strain. The 25-year-old batsman was last seen playing for Maharashtra against Hyderabad in a Ranji Trophy encounter, where he scored 8 and 0, prompting him to report his wrist injury to the BCCI.

A senior BCCI official confirmed to InsideSport, “Yes, Ruturaj has a wrist injury. He is in NCA. We don’t know yet whether it is serious. But considering the short turnout time for the matches, it is unlikely that he will be able to make it in time. He is undergoing scans and we will know more once reports come in. We already have 4-5 openers available. But it is up to the selectors to name a replacement”.

This is not the first time Ruturaj Gaikwad has experienced a wrist injury. He missed a T20I against Sri Lanka last year owing to the same ailment. Gaikwad then tested positive for COVID-19 and was forced to miss the home ODIs against the West Indies. The team’s administration and decision-makers are understandably annoyed by Gaikwad’s frequent absences. The BCCI has yet to name a replacement for Gaikwad.

Injuries have ruled out Shreyas Iyer and Sanju Samson, as well as Ruturaj Gaikwad, from the T20 series. Iyer is now seeking treatment for a back issue at the National Cricket Academy (NCA), while Sanju Samson is undergoing physical therapy in Kochi for a knee injury.