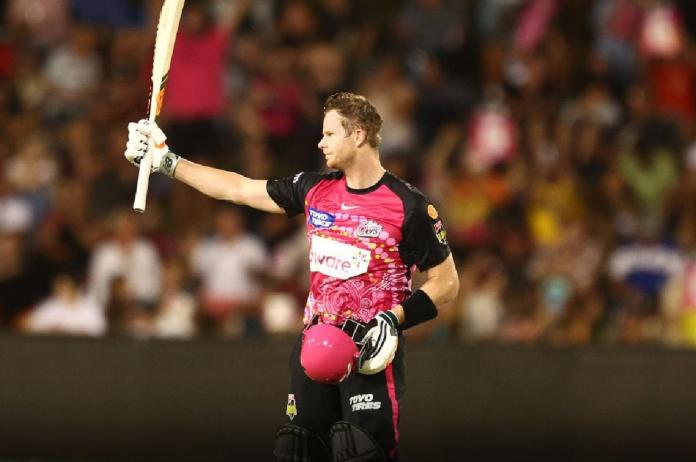 New Delhi: Steve Smith reached another milestone after he became the first cricketer to score a century in Big Bash League for the Sydney Sixers. Smith who played fabulously in the Test series against South Africa and is now continuing his form after he returned in magenta jersey.

Smith went absolutely frenzied with the bat against Adelaide Strikers in Coffs Harbour on Tuesday, January 17. After getting the life-line in just two ball of his innings, Smith take the full advantage of his good fortune. Smith brings his hundred by hitting the humongous six, this was 7th maximum for Smith in today’s innings.

Steve Smith was run-out just after he secured his hundred, he slipped at mid-way down the pitch. The star striker tried for double but send back to the pavilion by Moises Henriques. Smith scored 101 runs off 56 balls.

Scored hundred in IPL and BBL

The Australian star became the fourth batter after David Warner, Chris Gayle and Shane Watson, who had achieved the feet of scoring century at both the league in Indian Premier League and in the Big Bash League.

The Sixers now reclaimed the first position on the point table after they defeated Strikers by 59 runs. They de-throne their rival Perth Scorchers, who they defeated just two days before.