Samajwadi Party (SP) chief Akhilesh Yadav Monday hit out at the Uttar Pradesh Chief Minister Yogi Adityanath over a temple of the latter in Bharatkund of UP's Ayodhya district. 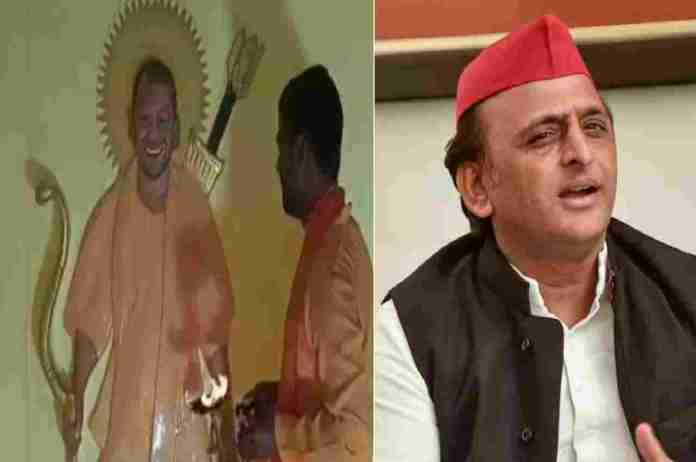 Taking to Twitter, the SP chief wrote, “He is even two steps ahead of them… Now the question is, who first?”

Recently, a video has been taking rounds on the internet where a man was seen worshipping a human-size statue of CM Yogi Adityanath. The video shows that there is a temple where the statue has been carved out of the wall.

The statue depicts the UP CM Yogi Adityanath as Lord Rama. The statue of Bharatiya Janata Party (BJP) leader has held an iconic bow and arrow. It also has a ‘chakra’ behind the head.

If media reports to be believed then, a supporter name Prabhakar Maurya had built the temple. Earlier, he had vowed that he will built a temple and install a statue of the person who will establish Ram Mandir in Ayodhya.

Earlier on the reports came in saying that a temple of Prime Minister Narendra Modi was established in Maharashtra’s Pune. The PM Modi’s temple took 6 months to be built. Meanwhile, there was an investment of nearly Rs 1.5 lakh.