Delhi’s Gurudwara Shri Bala Sahib Ji had organised an ‘Akhand paath’ to mark the occasion of the Prime Minister’s birthday. 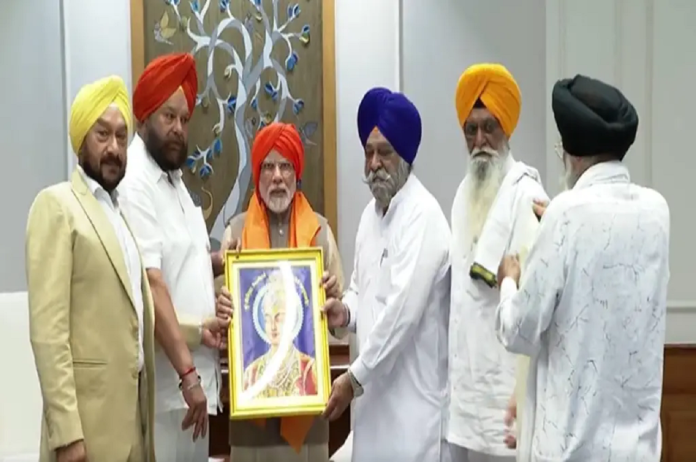 New Delhi: A delegation of Shri Gurudwara Shri Bala Sahib on Monday met Prime Minister Narendra Modi at his residence on Monday and offered prasad and blessings from the Gurudwara.

The ‘Akhand paath’ which started on 15th September, culminated on the day of Prime Minister’s Birthday, 17th September. The Sikh delegation visited the Prime Minister and offered prasad and blessings from the Gurudwara.

According to the PMO, during the meeting, the Sikh delegation honoured the Prime Minister by tying a Pagdi and offering a Siropa. An ardas was also performed for the Prime Minister’s long life and good health.

The delegation also thanked the Prime Minister for the path breaking initiatives taken by him for the honour and welfare of the Sikh community, it said.

They recounted several efforts done by the Prime Minister including declaring 26 December as “Veer Baal Divas”, reopening the Kartarpur Sahib Corridor, removal of GST on langars run by gurudwaras, ensuring that the copies of Guru Granth Sahib reached India from Afghanistan, among others, the statement added.