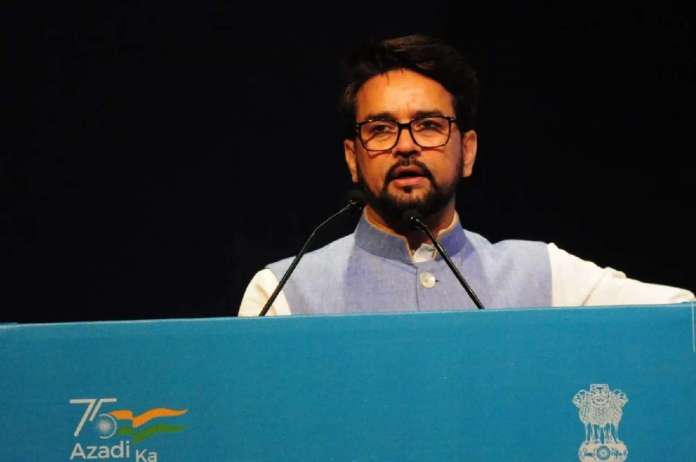 While speaking at the book release, Thakur said, “Modi ji has done what Babasaheb Ambedkar envisioned. PM Narendra Modi has stood for having a government of the poor and underprivileged for the past eight years.”

According to the Union Minister, PM Modi’s education policy has yielded numerous benefits. He stated, “Evils are being left behind as a result of education. Both the former and current Presidents are examples of this.”

“The country has a large number of IIMs and medical colleges. PM Modi has realised Baba Bhimrao Ambedkar’s dreams through toilet gas bank accounts and other initiatives. Standup India also aided the SC/ST community. People benefited from the Svanidhi scheme as well. In the defence sector, India has shifted from being an importer to an exporter,” said Thakur.

Anurag Thakur went on to say, “The Modi government was granted exemption from 370 and 35A. As a result, the people there benefited from political reservation. GST is an example of cooperative federalism as well. Modi ji has completed the work of Panch Teerth. The Modi government was responsible for making Ambedkar International. Modi ji declared a holiday on April 14. The programme began on April 14 at the United Nations as well.”

He further said, “PM Modi stated in his first address as Prime Minister that our government will operate on the principle of Antyodaya of Pandit Deendayal Upadhyay, which is similar to Dr. Ambedkar’s ideas. This policy is evident in the Modi government’s decisions.”

While speaking about the book, Union Minister Anurag Thakur said, “Baba Saheb’s ideas in the form of the Constitution of India have laid the foundation of our nation. His whole life has been devoted to equality, human rights and social justice.”

He further went on to quote PM Modi and said, “If it wasn’t for Baba Saheb’s struggle, PM Modi, Former President Kovind and President Droupadi Murmu would not hold the posts they are in today.”