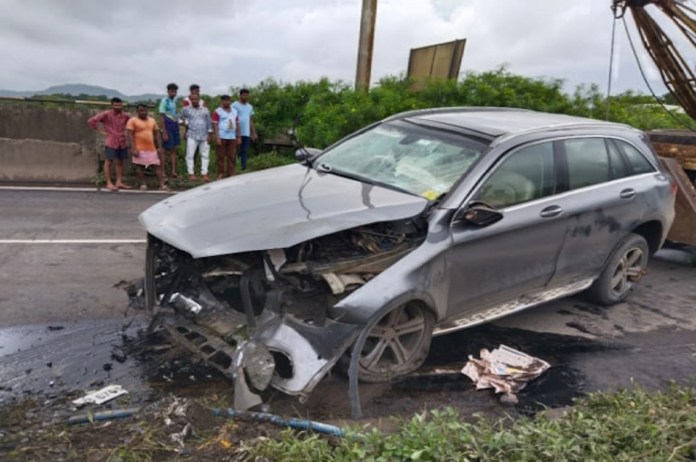 New Delhi: Following the death of industrialist Cyrus Mistry in a road accident in Palghar, Maharashtra, Police has asked the car manufacturing company why the airbags in the SUV did not open at the time of the accident.

– Why did the SUV’s airbags not open during the accident?

-Was there any mechanical fault in the vehicle?

-What was the brake fluid of the car?

-Was the steering locked after the collision?

-What was the tire pressure?

The police have asked the car manufacturing company to answer all these questions in their report.

According to sources, the carmaker has informed Palghar police that the data recorder chip of the vehicle is being sent to Germany for decoding and that the detailed information about the SUV will be made available to the police after decoding from Germany.

According to police sources, it may take several days to get the report from the car company. The data recorder, in the report, will provide detailed information about the exact condition of the vehicle at the time of the accident.

The chip contains information on how the brakes, air bags and other machinery were working. Apart from this, the speed of the car will also be known at the time of the accident.

Mistry along with a co-passenger were killed in a car crash on Sunday after the car hit a road divider on a bridge in Maharashtra’s Palghar district. The accident happened at around 2:30 pm when Mistry was returning to Mumbai from Ahmedabad.

A preliminary probe has found that none of the passengers were wearing seat belts and over-speeding and the error of judgment by the driver has been highlighted as the cause of the accident by the police.

A police officer on Sunday night said that “While analysing the CCTV footage captured at the Charoti check post, Palghar Police found that the car had crossed the check post around 2.21 pm and the accident occurred 20 km ahead (in the direction of Mumbai).”