It may be recalled that ahead of 2019 general elections, in fact in 2018 itself, it was Stalin who first proposed Rahul Gandhi’s name as a potential Prime Minister. 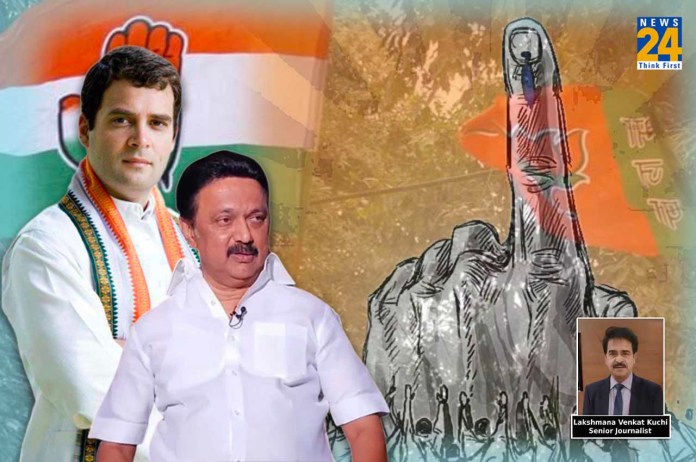 Tamil Nadu Chief Minister, MK Stalin, who only yesterday hosted Delhi CM and AAP chief Arvind Kejriwal, will be participating in the Bharat Jodo Yatra across the nation of Congress leader Rahul Gandhi by handing over the national flag to his alliance partner this evening at Kanyakumari, the starting point of the 3570 Kms yatra to Kashmir.

Stalin is also scheduled to address a rally at the starting point of the rally in Kanyakumari, where he will hand over the national flag to Rahul Gandhi. Although on predictable lines, Stalin’s support to the Congress, and Rahul Gandhi in particular, is significant in the message he is sending out – to the Congress, to the voters of Tamil Nadu and to the nation about his commitment to his ally.

Amid speculation from time to time, that even DMK may change its stance, the DMK supremo reiterated his steadfast support to his long-time ally. By doing so, Stalin is also safeguarding his own interests in Tamil Nadu where voters seem to have a distinct dislike for the BJP, drummed up over the years by a strong propaganda by the Dravidian parties against “Hindi party from north India”.

The Congress would also be somewhat relieved at this strong message of support coming from a powerful regional chieftain, unlike the insulting noises coming from some other regional parties like the TMC and AAP. Incidentally, Stalin has cozied up to TMC and AAP, but he has carefully assuaged the feelings of the Congress.

Also, the public display of Stalin –support for Congress and Rahul Gandhi, who still retains personal popularity in South India – helps the DMK in Tamil Nadu more than it helps the Congress nationally, other than giving the national political party a degree of comfort.

It may be recalled that ahead of 2019 general elections, in fact in 2018 itself, it was Stalin who first proposed Rahul Gandhi’s name as a potential Prime Minister.

In fact, the closeness he displays with the Congress in Tamil Nadu only goes to strengthen his anti-BJP image, which still fetches him dividends still in the state. The BJP’s strong pro-Hindi stance and forceful and aggressive Hindutva ideology are something that do not fetch it the electoral benefit it gets elsewhere in the country on these issues.

In fact, people in Tamil Nadu are watching how an aggressive BJP was trying to forge ahead attacking Dravidianism. This is fueling an equal, if not more aggressive anti-BJP stance from the DMK. This explains why the Tamil Nadu Chief minister takes on the BJP head on politically, but still maintains cordial working relationship with the Centre.