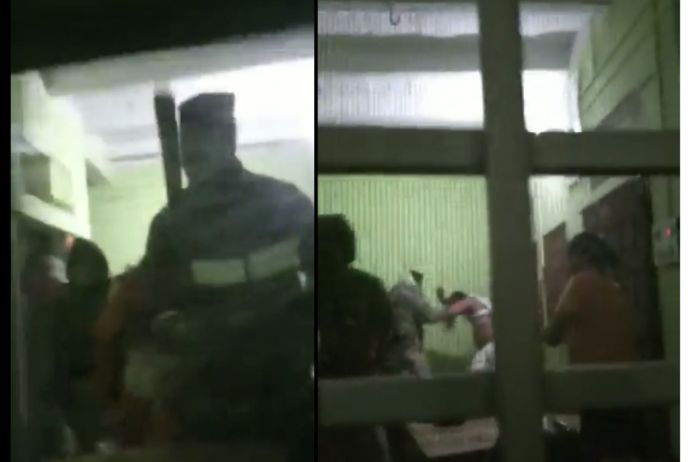 Buxar (Bihar): Angry locals here on Wednesday vandalised a state-run power plant while also setting a police van on fire in retaliation against a violent crackdown on farmers at midnight.

A mob this morning attacked the power plant with stones and sticks while also clashing with the police. During the incident, as many as four policemen got injured. To control the law and order situation in the area, the police had to fire shots in the air, reported Dainik Bhaskar.

In several videos going viral on the internet, a dozen of policemen can be seen barging in to farmers’ house while they were sleeping and started beating them with canes brutally without giving them any chance to speak.

The police action came against a farmers’ protest which is running for atleast two months now, demanding fair price for their land. These lands have been acquired by a state-run power plant in the Banarpur village of Chausa block in Buxar district.

In the viral video, the policemen were assaulting the farmers including women inside the house. Other policemen also broke down the door aggressively to enter in the house.

As per media reports, the policemen claimed that the farmers launched the attack first whereas, in a CCTV footage, the cops can be seen milling outside one house and preparing for the attack.

One of the famers has accused Amit Kumar, a senior officer at the Mufassil police station, saying that he launched the attack while responding to a complaint filed by the SJVN power plant.

However, the questions have been raised at the police department who responded to a complaint against the demonstration in the midnight when the protestors went home.

The farmers told that they were protesting peacefully at the site before the midnight. Theiy are demanding for a new round of land acquisition for the project at rates decided around 12 years ago when plots were last purchased.