Bharat Jodo Yatra: ‘Trying to pit one caste, language against another,’ Rahul Gandhi aims at Centre 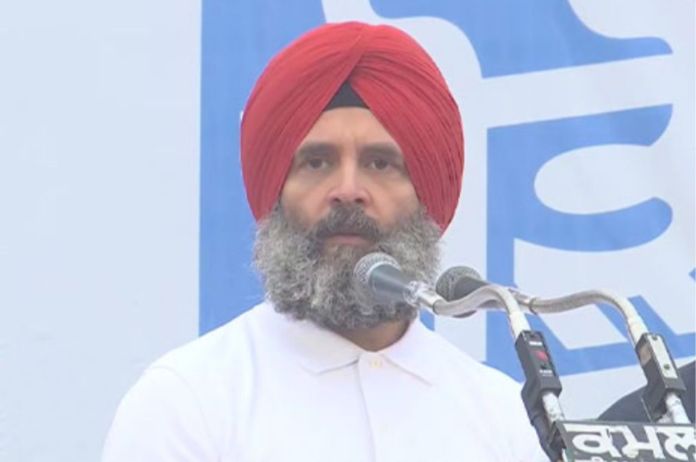 Fatehgarh Sahib (Punjab): Senior Congress leader Rahul Gandhi on Wednesday aimed at the Bharatiya Janata Party-ruled Centre saying that they are trying to set one caste or religion against another to deteriorate the “ambience” of the nation.

Addressing a public rally in Punjab during the ongoing Punjab leg of the ‘Bharat Jodo Yatra,’ Gandhi said, “They are trying to pit one caste against another and one language against another. They have ruined the general ambience in the country.”

While hailing the ‘Bharat Jodo Yatra’, Gandhi said that the yatra aims to fight hatred, unemployment, inflation and violence and spread the message of love, unity and brotherhood.

“We felt the nation needed to be shown a different path — of love, unity and brotherhood. That was what prompted us to launch the yatra. We will be among you and interact with you over the next 10 days,” Rahul told the gathering.

During the roadshow in Punjab, Rahul Gandhi was seen wearing a saffron turban. The yatra will cover several parts of Punjab over eight days before reaching Jammu and Kashmir, its final stop, on January 19.

The former Congress president resumed the yatra in Haryana’s Ambala on Tuesday.

On Monday, the yatra was dedicated to women and women’s empowerment, as women Bharat Yatris matched steps with the Congress leader.

The yatra, which started from Kanyakumari in Tamil Nadu on September 7, will end at Srinagar on January 30, with Rahul hoisting the Tricolour there.