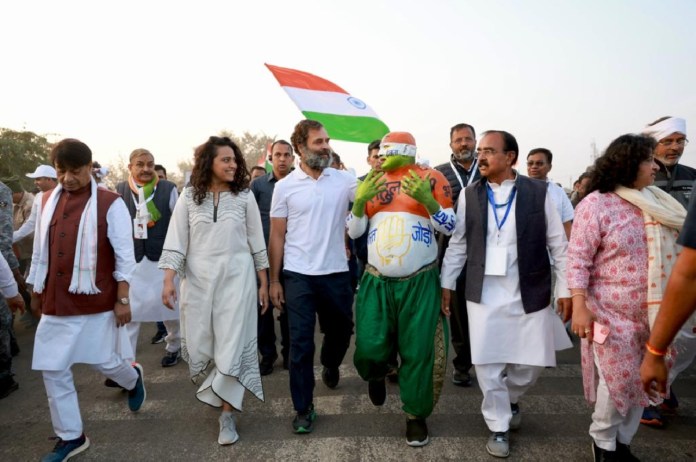 The footmarch was started from Ujjain in the morning, heading towards the Agar Malwa where the ‘yatra’ will end its Madhya Pradesh leg. After completing foot march in the state, the Bharat Jodo Yatra will enter in Rajasthan on December 4.

Both the states are scheduled to undergo Assembly elections next year. In previous elections in 2018, the Congress had won majority in both the states. However, the party lost power in Madhya Pradesh after a majority of MLAs resigned.