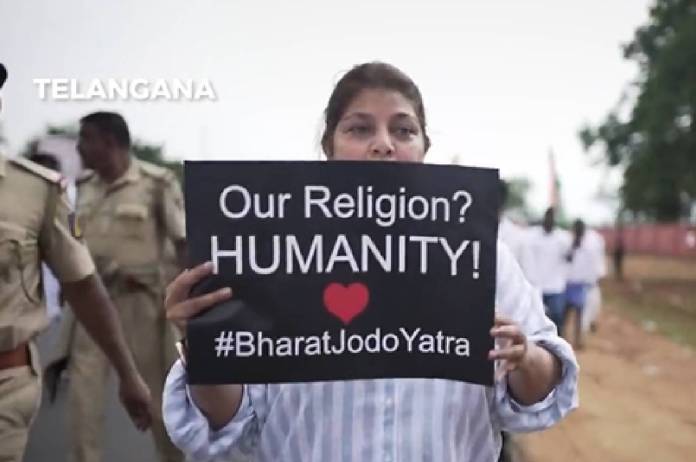 Gandhi said it is a “political action against the BJP and Rashtriya Swayamsevak Sangh (RSS) who are damaging the country by spreading hatred and violence.”

While launching an attack on the saffron party along with its ally RSS, Gandhi said the mega rally was aimed at stopping “anti-national activities” being committed by the two.

The Congress leader said the BJP is an emotion of hatred at a superficial level. However, if you will scratch it, you will see fear. He said the BJP will fall once Congress will start to “confront the fear”.

Rahul Gandhi said the BJP has done ‘institutional capture”. He claimed that it will be reversed by the United Opposition and the people involved in this have to pay the price.

He said, “there is a cost involved in capturing and destroying the institution of thus country.”