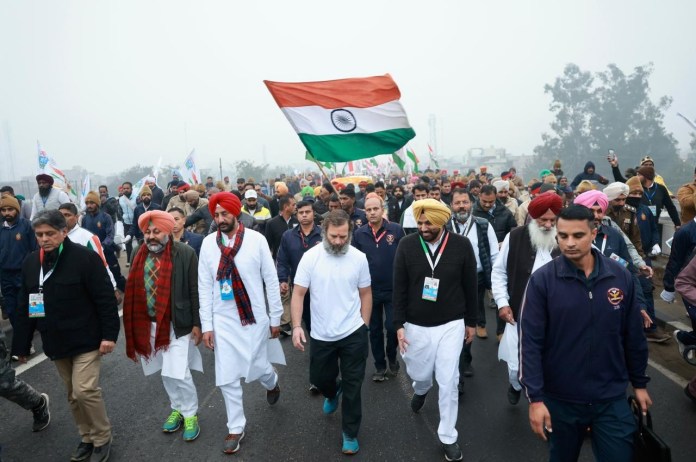 New Delhi: An afternoon leg of the Bharat Jodo Yatra has been cancelled due to the poor weather conditions and landslides in the area. The yatra was scheduled to visit Ramban and Banihal in Jammu and Kashmir.

Congress General Secretary in-charge Jairam Ramesh informed about the change of plans through a Twitter post. He said, “Due to poor weather conditions and landslides in the area, the afternoon leg of Bharat Jodo Yatra in Ramban & Banihal has been cancelled…Yatra will resume the day after, January 27th at 8 am.”

Due to poor weather conditions and landslides in the area, the afternoon leg of #BharatJodoYatra in Ramban & Banihal has been cancelled. Tomorrow is a rest day and the Yatra will resume day after, January 27th at 8am.

The Bharat Jodo Yatra has entered the Jammu and Kashmir on January 19, heading towards the end of the footmarch in Srinagar on January 30. The Yatra started on September 7, last year, from Kanyakumari in Tamil Nadu.

A twin blast attack took place in Narwal area on the outskirts of Jammu city on January 21 where at least nine people were left injured. This increased tension in the area at a time when a Congress’ huge rally was scheduled to take place.