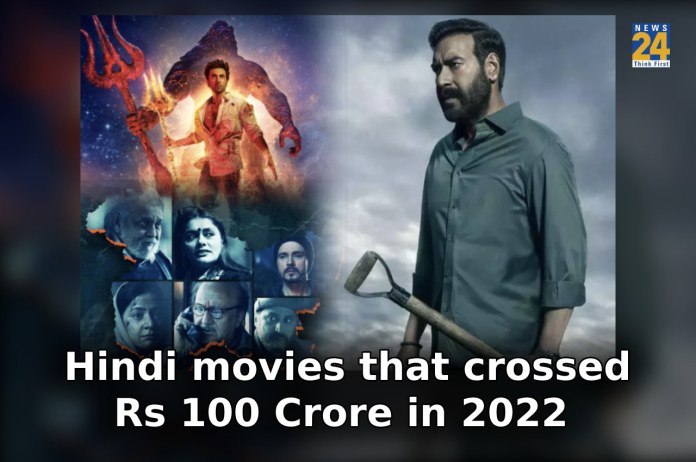 Year Ender 2022: The year 2022 has been a year of few hits. Only five Hindi movies, including Brahmastra: Part 1 Shiva, The Kashmir Files, Drishyam 2, Bhool Bhulaiyaa 2 and Gangubai Kathiawadi have been able to cross the Rs. 100 cr nett mark in India this year.

Other films, including well-known ones like Vikram Vedha, JugJugg Jeeyo, Ram Setu, Prithviraj, Bhediya, Laal Singh Chaddha, Bachchhan Paandey, and others, have been forced to accept less favourable reviews.

The movie turned out to be Ranbir Kapoor and Alia Bhatt’s biggest opening. In terms of box office revenue, it is also the highest-grossing Hindi original. It earned a magnificiant number of Rs. 254 Cr (all languages).

The movie made Rs. 3 crore when it debuted, but because to its intense trending, it quickly began to bring in double digit sums on a daily basis. It is one of the most financially successful movies of all time and, during its run, outperformed every Vivek Agnihotri picture combined. it made a total collection of Rs. 247 crore.

At a time when movies were not doing well financially, Drishyam 2 had a strong opening and trended very well. It succeeded in being the third biggest grosser of the year despite being a remake and a movie with less commercial appeal. Ajay Devgn’s lack of success in the movies came to an end with success.

his comedy film was eagerly anticipated because it was the follow-up to a beloved movie. The movie did incredibly well at the box office. Following the release of this movie, Anees Bazmee landed over three projects while Kartik Aryan and Tabu received appreciation for their performances.

The first project Alia Bhatt worked on with Sanjay Leela Bhansali was successful since it was the largest internet hit in Bollywood history in addition to performing well at the box office.