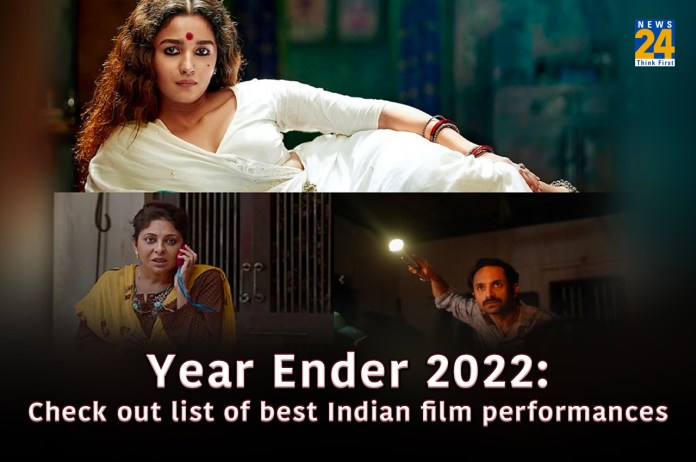 Year Ender 2022: That elusive link with the audience that virtually transfers the attributes from the screen to us characterises a superb performance. We temporarily take on the roles of those personalities, slowly but effectively.

Several outstanding performances from Indian films in 2022 caught our attention. Here is a list of our year’s top performances, in no particular order.

Sanjay Leela Bhansali’s magnificent ode to the life of a sex worker who bows to climb against all odds features Alia in practically every frame. The actor delivers an emotionally insightful portrayal of Ganga, Gangu, and finally Gangubai in the middle of the narrative’s frenzied restlessness. 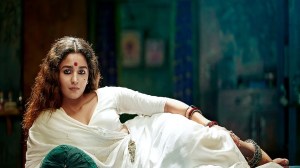 Does Fahadh have any limitations when acting on screen? The National Award-winning actor in Sajimon’s survival drama Malayankunju is given the Herculean job of carrying the entire story forward on his own, even as he is stuck in a landslide. His casteism, which frequently puts him into trouble, makes his character Anilkuttan easy to despise. He delivers a performance in Malayankunju that is unfiltered, turbulent, and completely unforgettable. 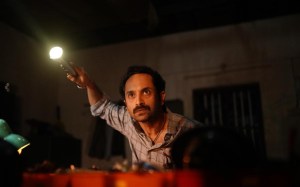 In Harshavardhan Kulkarni’s Badhaai Do, Rajkummar gives one of the most fascinating and potent performances of his whole career as Shardul, a gay police officer. It’s a performance that might have easily gone beyond, but Rajkummar manages to sculpt the pain and resiliency in such a way that makes you want to cheer for him. 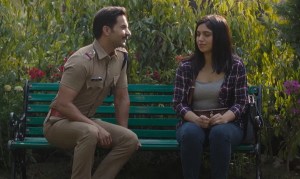 Shefali had a fantastic year, she shines the most in her role as Shamshunissa “Shamshu” Ansari in the Netflix dark comedy Darlings. The film is another piece of evidence that Shefali Shah consistently astounds, regardless of the scope of the part. It’s a full-circle performance since so much about Shamshu is explored while also being disclosed. 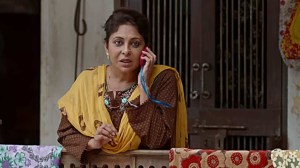 5. Soumitra Chatterjee as himself

The generational actor Soumitra Chatterjee is quietly moving as he tenderly leads us through a life lived, with all of its subtle stops and thrills. It is a moving performance that serves as an artist’s swan song and is revolutionary in its intellectual knowledge. 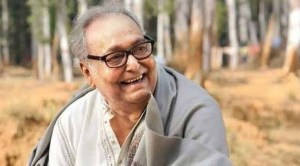 Nithya is fantastic in Mithran J Jawahar’s Thiruchitrambalam, and she serves as a clear example that an actor doesn’t need to put in a lot of effort to stand out in a cast that includes actors like Dhanush, Revathy, and Prakash Raj. 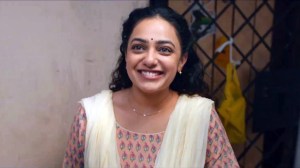 Sai Pallavi portrays the title character in Gargi, who must cope with the devastating revelation that her father has been detained for sexually abusing a nine-year-old. She must follow her path in this thought-provoking, suspenseful whodunit courtroom drama, directed by Gautham Ramachandran, and face assumptions and preconceptions along the way. 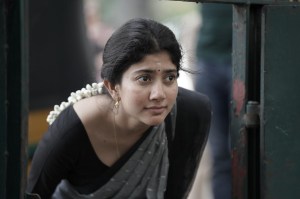 The less you anticipate from Jaya in Vipin Das’s Jaya Jaya Jaya Jaya, the better. He is preferable. She doesn’t foresee domestic violence when she marries Rajesh. But when it gets too much, Jaya decides to take matters into her own hands and fight back. 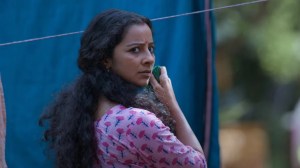 There are many more actors who have given brilliant performances throughout the year. Some of them include Mammootty in Puzhu, Revathy in Bhoothakaalam, and Radhika Apte in Monica! O My Darling, Ujaan Ganguly in Lokkhi Chele, Rishabh Shetty in Kantara.