HomeEntertainmentYash, Ram Charan to collaborate for Shankar Shanmugam's war-drama, film to have...

Yash, Ram Charan to collaborate for Shankar Shanmugam’s war-drama, film to have better VFX than Brahmastra 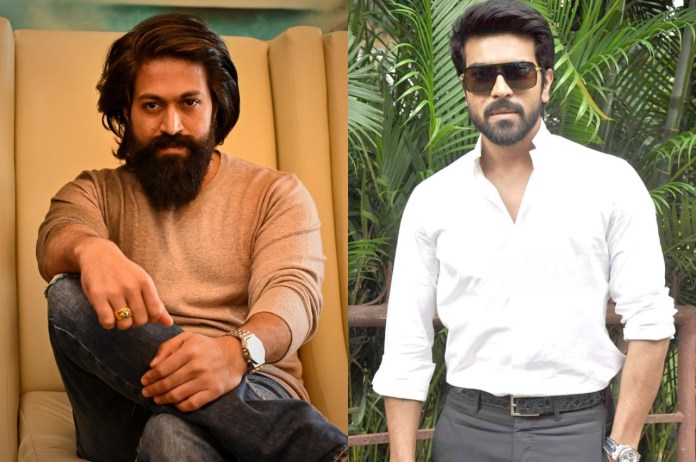 New Delhi: KGF star Yash enjoys a wild popularity among fans. His one glimpse is precious to fans who gather in flocks every time the star steps out. After KGF 2, fans are waiting for Yash’s next outing as they also anticipate the release of KGF 3. Much to the excitement of fans, Yash is collaborating with director Shankar Shanmugam for his next venture. The Shankar Shangmugam directorial will reportedly see many tops stars including Ram Charan coming together. The project has been touted as a war-drama which will put some heavy-duty VFX on display.

According to a  Bollywood Life report, Yash will be a part of RC 15 which was announced earlier this year. The Ram Charan starrer also features Kiara Advani in a pivotal role. As per the report, the movie will feature many top stars from South for the first time. The multi-starrer will be heavy on budget and may also be the costliest project of Indian cinema yet. In fact, the film’s budget will be double to that of Ranbir Kapoor and Alia Bhatt starrer Brahmastra.

The film might get big producers on board from all over India as the makers aims to create a havoc in international markets as well. The film reportedly takes reference from the epic Valari. All of the major actors from Kannada, Malayalam, Tamil, and Telugu film will be gathered by the producers.

Talking about KGF 2, the Yash starrer managed to shatter all the records, making waves internationally. KGF 2 grossed Rs 1,200 crore worldwide, becoming one of the top three highest-grossing film of the country of all time. Now, anticipation is high for the third installment, KGF Chapter 3, even though the makers are keeping mum on it. The third instalment will be the last part in the franchise.

Talking about KGF 3,  Yash recently said, “It will take time. Whatever I do, it has to be done correctly and we’ll come back at the correct time.”