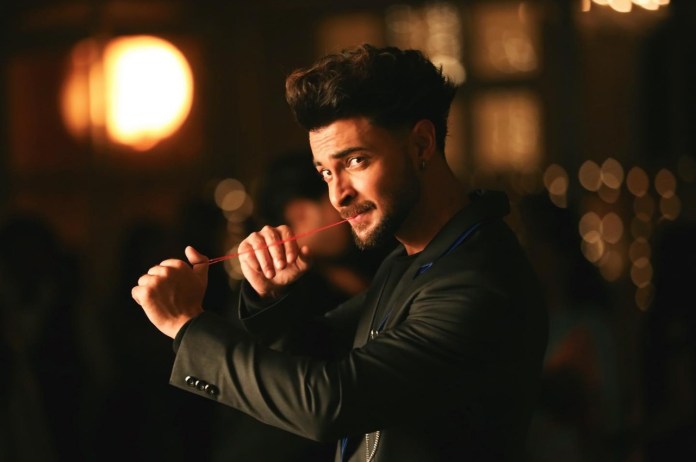 New Delhi: Recently, Aayush Sharma announced his third untitled film by posting a film still without divulging any details. While the audience awaits more information on the same, Aayush has hinted at preparing for something special with regular gym updates.

Aayush posted a series of pictures and videos from his workout regime over the week, depicting his strenuous training sessions to build a desired physique. On Saturday evening, Aayush Sharma posted a video that churns the curiosity as he said ‘Pumping for something special’.

Also Read :- Rhea Chakraborty is all smiles and shine in latest post; check it out!

Earlier, Aayush announced his third film with an intriguing still featuring him in a suave avatar wearing a suit on his well-built body. However, the recent updates from the actor showcase him more bulked-up and toned, piquing the curiosity amongst his fands and creating excitement and anticipation for yet another announcement.

From playing the sweet Loverboy in his first film to portraying the villainous gangster in his second, Aayush has showcased an impressive range of versatility, generating interest for his upcoming films.

Earlier this year, Aayush impressed the audience with two varied avatars as he featured into drastically diverse music videos- Pehli Pehli Baarish and Chumma Chumma. Proving his dedication and commitment yet again, the actor explored his romantic and slacker side with utmost ease in both the songs.

Treating the fans with his charming looks, envious body and laudable talent with every project, Aayush Sharma promises power-packed performances for his upcoming work.