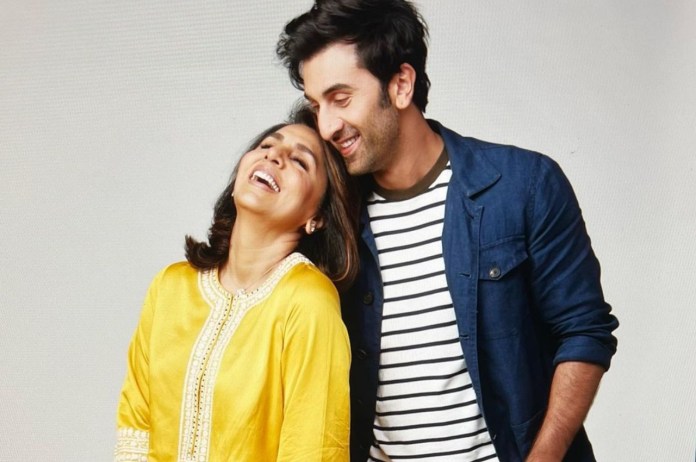 New Delhi: Ranbir Kapoor is celebrating his 40th birthday today, September 28. The Bollywood actor has received a whole lot love from him family and fans on social media. However, the most special wish for the actor came from his mother and veteran actor Neetu Kapoor. In an endearing social media post, Neetu Kapoor shared a never-seen-before pic with her son, whom she called her ‘Shakti Astra’, taking a cue from his latest release Brahmastra.

Neetu Kapoor took to her Instagram space and shared an unseen picture with birthday boy Ranbir. The mother-son duo can be seen laughing their hearts out in the photo. Neetu’s birthday wish for Ranbir also had a special Rishi Kapoor mention. “This has been quite a milestone year for You for US !!! Miss your father as he would have been the happiest proudest im sure he is orchestrating from up there !!! Happy birthday love you the mostestttt rana you are my Shakti Astra #bestfriend #strength (sic),” Neetu wrote on Instagram. Check out the post below:

Meanwhile, on the work front, Neetu Kapoor made her comeback to movies with Jugjugg Jeeyo, also featuring Anil Kapoor, Kiara Advani, Varun Dhawan and Maniesh Paul. Directed by Raj A Mehta, the film was a box office success.

Ranbir Kapoor, on the other hand, started off his box office journey of the year on a bumpy road with Shamshera. However, his latest offering Brahmastra has shown an exemplary run at the box office. Directed by Ayan Mukerji, Brahmastra also stars Alia Bhatt, Amitabh Bachchan, Nagarjuna Akkineni and Mouni Roy. The film also has a cameo from Shah Rukh Khan.

Up next, Ranbir will be seen in Sandeep Reddy Vanga’s Animal with Rashmika Mandanna. He also has Laxman Utekar’s yet-to-be-titled with Shraddha Kapoor.