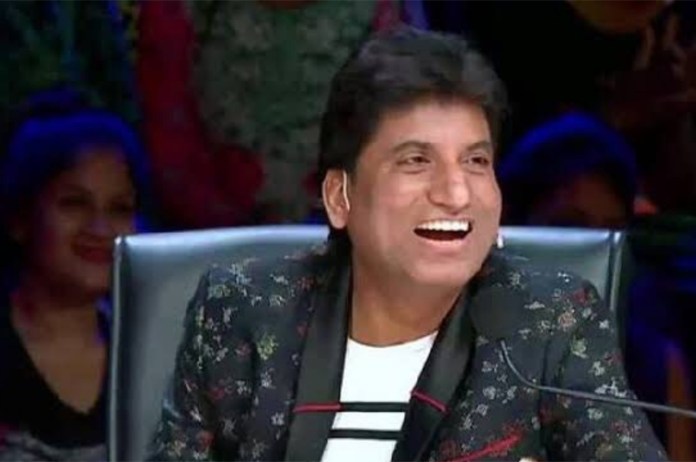 New Delhi: Comedian Raju Srivastava died in Delhi on Wednesday at the age of 58, his family confirmed the unfortunate news to media. The comedian died at 10.20 am, after 41 days of hospitalisation. Raju was admitted to AIIMS Delhi on August 10 after he experienced chest pain and collapsed while working out at a gym.

The comedian was hospitalised for over a month following a heart attack. Recently, his brother Dipoo Srivastava had said that the comedian was recovering slowly but was unconscious. “The recovery is slow. He will be fine soon. He is stable and on a ventilator. He is still unconscious. It’s been 35 days but doctors are saying they are doing their best. We need all your prayers,” Dipoo had told PTI.

Union Home Minister Amit Shah took to Twitter to extend his condolences with a heartfelt note. “Renowned comedian Raju Srivastava ji had a distinctive style, he impressed everyone with his amazing talent. His death is a great loss to the art world. I extend my condolences to his family and fans. May God give them the strength to bear this grief. peace peace

Defence Minister Rajnath Singh also extended his condolences on the demise of comedian Raju Srivastava. “I am deeply saddened by the passing away of renowned comedian, Raju Srivastava ji. Apart from being an accomplished artist, he was also a very lively person. He was also very active in the social field. I extend my condolences to his bereaved family and fans. Om Shanti,” he wrote.

Delhi Chief Minister Arvind Kejriwal also mourned the loss and took to Twitter to extend his condolences. “Very sad to hear the demise of famous comedian Raju Srivastava ji. May God give place to the departed soul at his feet. My condolences to his family and all his fans in this time of sorrow,” he wrote.

“I am speechless to hear the news of the demise of well known comedian Shri Raju Shrivastava ji. Raju Srivastava ji left a different mark in the world of comedy. My condolences to his family and fans in this hour of mourning. May God bless the virtuous soul,” tweeted BJP’s JP Nadda.

Former Uttar Pradesh Chief Minister Akhilesh Yadav also expressed his sorrow and told ANI, “It’s regretful that Raju Srivastava is no more with us. He came from a poor family with his talent & hard work; created his presence in the world. Very few talented comedians like him. I remember how he wanted to contest from Kanpur when he joined SP.”

Srivastava was a candidate for the Samajwadi Party in the 2014 Lok Sabha elections from Kanpur. On March 11, 2014, however, Srivastava returned the ticket, claiming he was not receiving enough backing from the local party units. After that, he joined Bharatiya Janata Party on 19 March 2014.