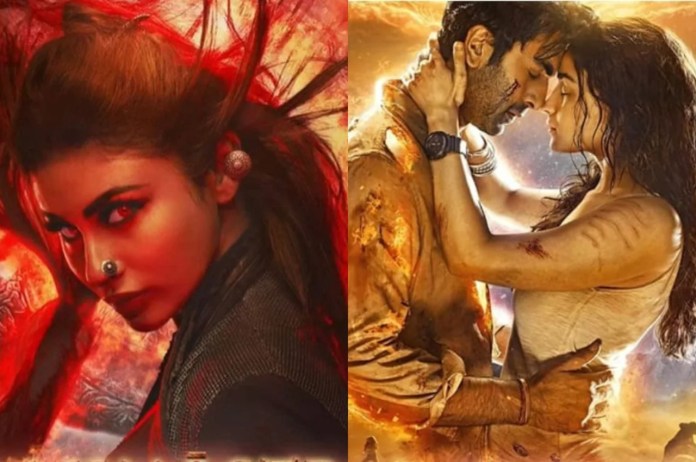 New Delhi: Actor Mouni Roy said that she is thrilled by the great reviews to her performance in Brahmastra, but she would never say that she has eclipsed the film’s protagonists, Ranbir Kapoor and Alia Bhatt. Brahmastra, directed by Ayan Mukerji, is an epic fantasy film inspired by Indian mythology. Mouni portrays the main antagonist, Junoon, in the film.

She told Siddharth Kannan in an interview that she got the part in 2018, following a meeting with Ayan that was scheduled to last 10 minutes but ended up lasting three hours. At the time, her character was called Obsession and was scheduled to play a minor role in the film.

Asked what she feels about being called the ‘main lead’ of the film, and carrying it on her shoulders, Mouni said, “I feel like people are really loving towards me, I feel like my hard work of many years is paying off. I believe that there’s no short cut to hard work… When you see the fruits of your labour, it feels amazing. But this is everybody’s film. Every single character is very important to make it what it is today, so you cannot negate anybody’s contribution to the film.”

When the host quizzed her about her role being more prominent than Alia Bhatt’s, she said, “Why are you asking me such controversial questions? My role was mine. My responsibility was to play the antagonist, and that’s what I focussed on, an that’s what I did. It feels great when the audience receives your work positively… Because Junoon had a quiet confidence and power, the audience received it in a way that even I didn’t anticipate.”

According to Dharma Productions, Brahmastra has grossed over Rs 425 crore internationally. The film, which has a budget of Rs 410 crore, is planned to be the first instalment of a trilogy and to launch off a linked world of films and possibly streaming series. In recent weeks, both Ranbir and producer Karan Johar have stated that the budget being circulated online is for the full trilogy, not just one picture.