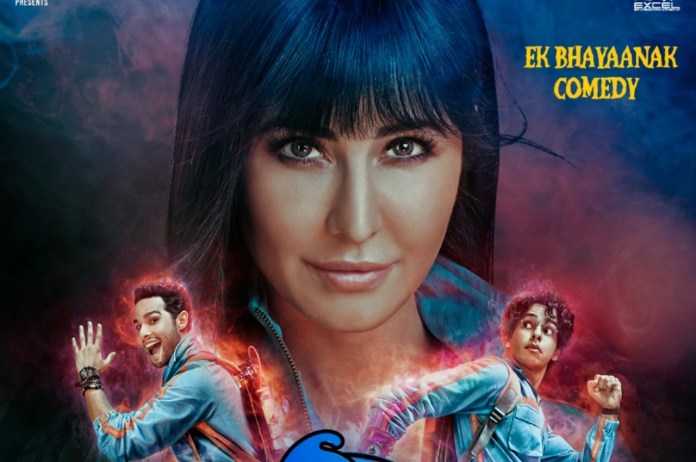 New Delhi: To build the anticipation for the trailer, the makers of the upcoming horror comedy Phone Bhoot has released a new poster of the film where we can see Katrina Kaif, Siddhant Chaturvedi, and Ishaan giving us a glimpse of its quirkiness and unlimited fun. While the audience is eagerly waiting to see more glimpses of the film, the makers are finally here with the announcement of the trailer date of the film.

Be it Katrina Kaif coming as the prettiest Ghost for the first time in the film or the fact that it’s a Horror comedy, Phone Bhoot is undoubtedly one of the most awaited films of this time. While the makers are keeping up with audience anticipation at an all-time high by coming up with some information about the film, now they are here with the biggest and the most awaited announcement for the audience about its trailer release. The makers have finally announced that the trailer of the film will be out on 10th October 2022. The announcement comes with a video featuring the cast in the quirkiest manner with an extra quirky BGM that goes perfect for its genre of horror comedy.

Directed by Gurmmeet Singh and written by Ravi Shankaran and Jasvinder Singh Bath, Phone Bhoot is produced by Excel Entertainment, headed by Ritesh Sidhwani and Farhan Akhtar. The film is all set to be released on 4th November 2022.