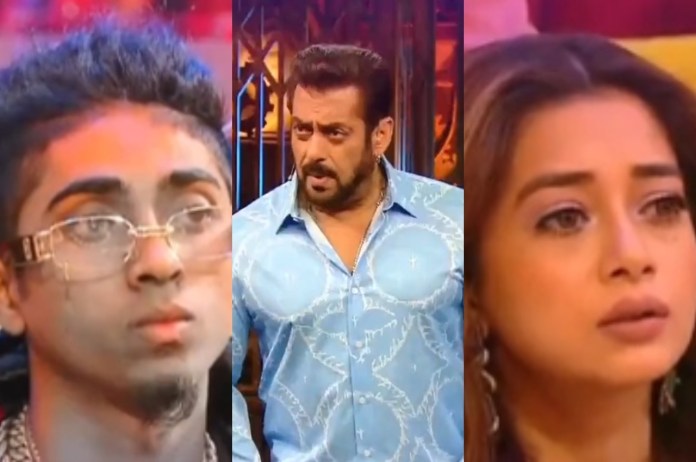 Bigg Boss 16 Promo: ‘Shanivaar ka Vaar’ of ‘Bigg Boss 16’ is going to be very interesting. Host Salman Khan is going to calculate the exploits done by the family members throughout the week. Regarding this, a promo of the upcoming episode of the show is creating panic on social media, in which Salman Khan is seen lashing out at Tina Dutta with his action and words.

The latest promo of ‘Bigg Boss 16’ has hit social media. In this clip, first, during the task, the housemates are seen telling whose image they find blurred in the house. During this, Archana Gautam is seen calling Shalin Bhanot and Tina Dutta and putting foam on their faces saying that she finds their image blurred.

Tina Dutta’s attitude in this task of ‘Bigg Boss 16’ is a bit surprising. She calls Shalin and pours foam on him and says that he always does main-main-main. Now I have also stopped calling him ‘Sha’. Seeing this, the host of the show Salman Khan flares up and is seen teaching a lesson to Tina. In the episode of ‘Shanivaar ka Vaar’, Salman Khan is seen asking Tina Dutta, ‘Tina aap kaunsa game khel rahi ho aur kiske saath khel rahi ho’.

After this, Salman Khan furiously says to Tina Dutta, ‘Aapka jhagda hua music baj gaya and you again started dancing with Shaleen. No one else was fit to dance… not fit to stick. Not only this, but Salman Khan also shows dance moves on the stage itself. Tina’s eyes tear up on being reprimanded so much by Salman.

Salman Khan does not stop here and is seen putting a class on both of them for the quarrel between Archana Gautam and MC Stan. The host says, ‘Archana and Stan, you have crossed all the limits of this house… what does it mean to go above your parents.’ Salman then asks MC, ‘Stan, were you right or wrong in this fight? …Tell me exactly.’ Hearing this, Stan accepts his mistake.

Salman got angry with Archana Gautam