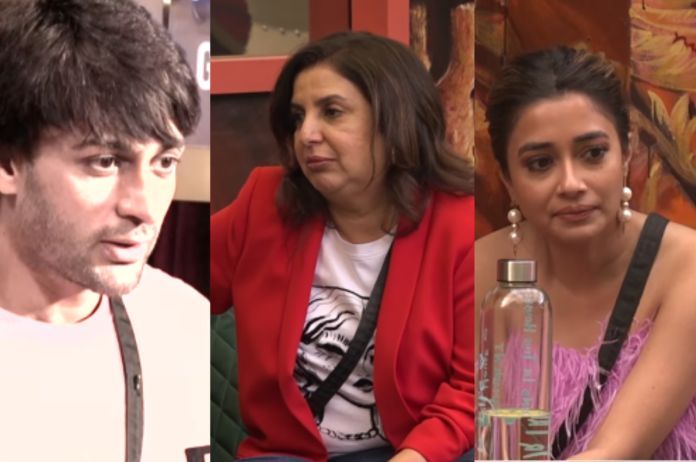 Bigg Boss 16: On Bigg Boss 16, the choreographer-filmmaker Farah Khan served as a mediator between Tina Datta and Shalin Bhanot. Late on Monday night, ColorsTV uploaded fresh footage to Instagram. Shalin and Tina were spoken to separately by Farah Khan about their relationship before being spoken to jointly.

The video begins with Farah telling Shalin, “Sometimes I feel that she likes you. But she never takes a stand for you. Whenever she sits with Priyanka she never takes your side.” Shalin asked her, “I thought she genuinely had feelings” and Farah replied, “At one point she must have had.”

Next, Farah spoke with Tina who asked her, “Does it seem that I torture him (Shalin)?” The filmmaker said, “Yes, that’s how we feel.” As Tina tried to defend herself saying it was not the truth, Farah responded that that’s how it came across to her.

Farah explained to Tina, “You guys sit for just two minutes to talk and your fight starts. You are ready to pounce on him.” As Tina again told the choreographer that it was not the case, Farah replied, “I’m telling you are the one who instigates, especially with Shalin.”

Then Farah adviced Tina, “If you like him, go for it.” As Shalin joined them for a conversation, Farah told him, “I was saying you guys have tried splitting. Try (to be together) once.”

Shalin informed Farah in the video that Tina has more faith in Mahim than in him. The key components of a relationship, he continued, are trust and respect, and Tina has neither of them for him. Tina said, “I’m able to say the same things.”