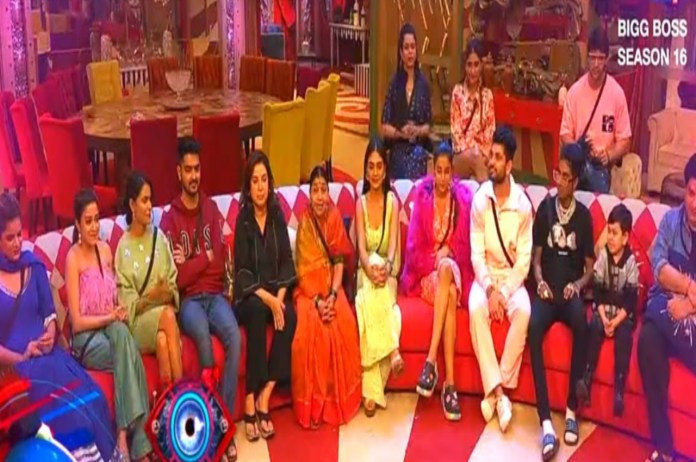 Bigg Boss 16 Nominations: Shalin Bhanot and Tina Dutta discuss their affection for one another in the most recent Bigg Boss 16 episode. Shalin hears Tina say she doesn’t love him and can’t handle his aggressiveness. The competitors see their family members in the forthcoming Bigg Boss 16 episode, and everyone is overwhelmed. Bigg Boss calls for nominations for the upcoming week and invites the contestants and their families to the hall.

Sajid Khan, Shiv Thakare, and Priyanka Chahar Chaudhary were named by Bigg Boss as the nominees for the week. Later, Bigg Boss reveals that their family members would appear in the confessional in place of the nominated candidates.

This week’s episode will see Farah Khan entering the Bigg Boss 16 house to support her brother Sajid Khan. Reports say Farah will be celebrating her birthday on the BB sets, which is on January 9.

Farah Khan says she got three brothers in Shiv, Abdu, and MC Stan

She reveals to MC Stan, Abdu Rozik, and Shiv Thakare that she got three other brothers. Farah Khan praised Priyanka Chahar Choudhary and Sumbul Touqeer however many internet users complained that Sajid Khan makes fun of the two girls. Farah said Sumbul that Sajid frustrates all of his sisters in the same way that he irritates her in the BB home while referring to Priyanka as the Deepika Padukone of the BB house.