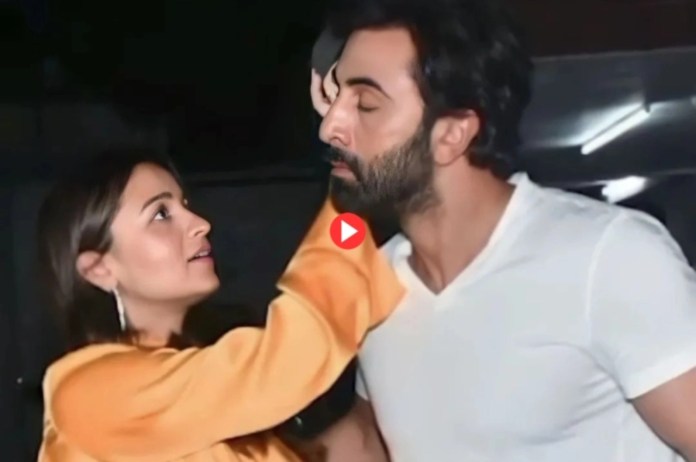 New Delhi: Fans are eager to see the pair of Alia Bhatt and Ranbir Kapoor together. Recently both were spotted outside Dharma’s office, whose video is going viral on social media. This is such a beautiful video from which it is very difficult to take your eyes off it. As soon as this video came on social media, fans are reacting fiercely after seeing it.

This video has been shared by Viral Bhayani on his Instagram account, in which Alia Bhatt is seen showering love on her husband Ranbir Kapoor. After this, both of them posed in front of the camera. The fans also liked the style of both. Talking about the look of both, Ranbir is seen in a white shirt and blue jeans while Alia donned an orange shirt and jeans.

The video has got more than 19 thousand likes so far. On the other hand, talking about the comment section, the fans are not tired of praising the pair in this video. Commenting on a user, the couple called ‘Cuties’. Many users have dropped fire and heart emojis.

Appeared in this film for the first time

Bollywood couple Alia-Ranbir is seen together for the first time in the film ‘Brahmastra’. Along with them, Amitabh Bachchan, Mouni Roy and Nagarjuna are also seen in important roles. The film has been released in theatres in Hindi as well as Tamil, Telugu, Kannada and Malayalam languages, which is getting a mixed response from the audience. Not only this, but in this film, the fans are very fond of Ranbir-Alia’s pair on screen as well.