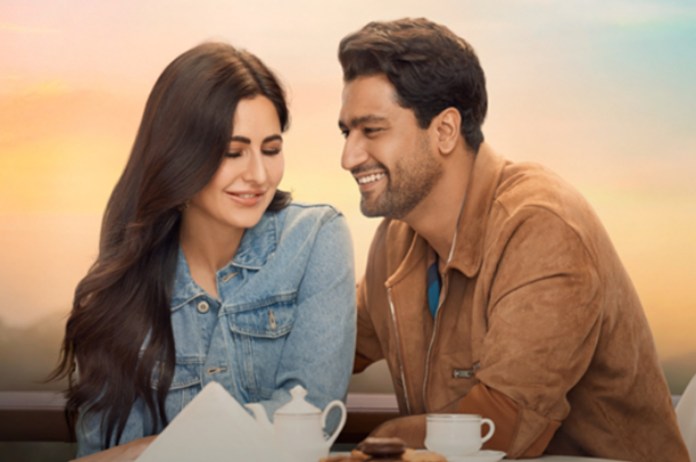 New Delhi: Vicky Kaushal and Katrina Kaif are one of the most loved Bollywood couples. Aside from making an extremely good-looking pair, Vicky and Katrina have also shelled off some major goals with their chemistry. The couple has eyes only for each other and fans can’t wait them to feature together in a film. Well, seems like a movie is still far sighted for couple’s fans. But, here’s a piece of good news; Vicky and Katrina are sharing the screen space for the first time for an ad.

Vicky Kaushal and Katrina Kaif have finally made their on-screen debut. Thank you to everyone who prayed for this to happen. And this time, they’ve teamed up for an advertisement rather than a film. The viral images have already swept the internet, despite the fact that the specifics of the ad shoot are still unknown.

Vicky and Katrina can be seen clearly in the trendy social media photographs dressed casually for their holiday. They look nice and adorable together while posing for the camera.

Katrina Kaif and Vicky Kaushal come together for and ad.
Are you guys excited??#KatrinaKaif #VickyKaushal #VicKat pic.twitter.com/0fE6F2pSI2

Vicky Kaushal and Katrina Kaif exchanged vows in a private ceremony in December 2021. They both never acknowledged being in a relationship in the public eye before they got married.

Speaking about her relationship for the first time on public domain, Katrina, during her appearance on Koffee with Karan, revealed actor was never on her ‘radar’. “I didn’t even know much about him. He was just a name I had heard but had never associated with. But then, when I met him, I was won over!” shared Katrina. She confessed that the first person being smitten by Vicky was none other than director Zoya Akhtar, at whose party cupid struck the two lovers.

Calling her relationship ‘unexpected and out of the blue’, Katrina further shared, “It was my destiny and it was really meant to be. There were so many coincidences that at one point all of it just felt so unreal.”