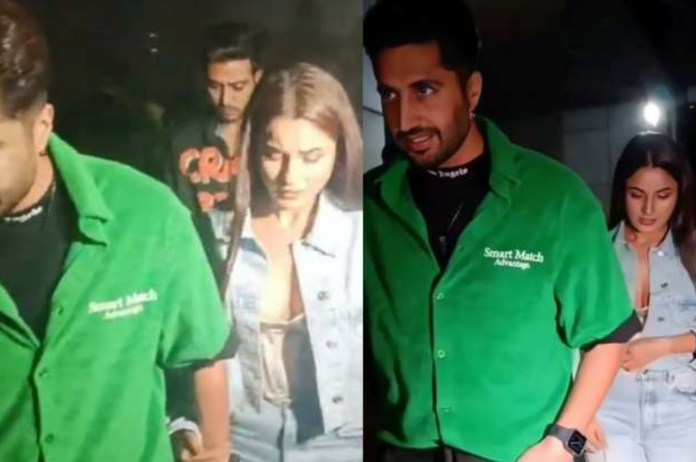 New Delhi: Shehnaaz Gill is all ready to make her Bollywood debut after experiencing tremendous success in the music and television industries. Ever since she made an appearance in Season 13 of Salman Khan’s reality series Bigg Boss, the singer-turned-actress has amassed a hue fan base. People still recall the actress’s chemistry with co-contestant and late actor Sidharth Shukla. Post the death of the Bigg Boss 13 winner, Shehnaaz took a break from work and returned back stronger than ever.

Shehnaaz came back to work with much more grace and resilience and fans love her. Post the Balika Vadu actor’s death, Shehnaaz’s name was attached to dancer Raghav Juyal. But it didn’t took Shehnaaz much time to clap back and give it back to rumour mongers. Now, Shehnaaz was seen holding hands with singer Jassi Gill. The duo recently went to Siddharth Nigam’s birthday party on Tuesday. On social media, a video of the couple walking hand in hand has gone viral. The video shows Shehnaaz finding it hard to walk and Jassie coming to her rescue as paps storms to catch a glimpse of the actor. Watch the video below: