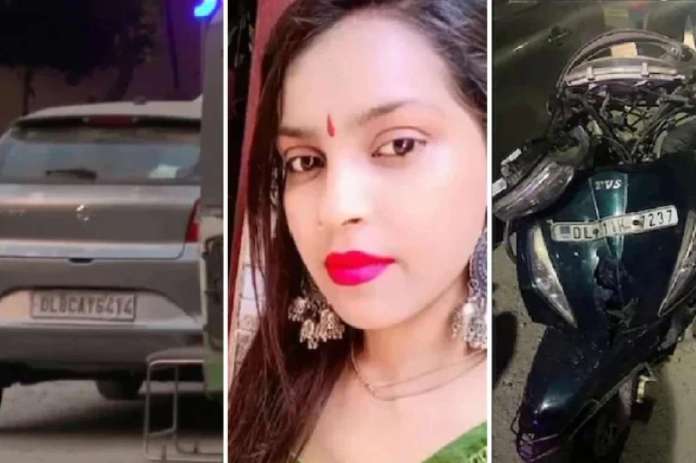 Delhi Sultapuri Horror: The autopsy report of 20-year-old Anjali from Delhi has been released. Her brain was missing, her ribs were exposed, her skin was ripped off, and she suffered more than 40 minor and major traumas across her body.

According to reports, the base of her skull was broken and a portion of her brain was gone. The collision had resulted in head, spine, and lower limb injuries. His death is claimed to have been caused by dragging and bleeding. It has also been claimed that she died as a result of many injuries.

Anjali Singh left home on the evening of December 31 and died in the early hours of January 1 after being hit by a car and dragged beneath the vehicle for nearly 13 kilometres from Sultanpuri to Kanjhawala in outer Delhi.

The victim’s corpse was discovered nude on the side of the road in outside Delhi’s Kanjhawala neighbourhood, sparking speculation that she was sexually assaulted by the accused. On Monday, her corpse underwent post-mortem to determine whether or not she had been raped. The study, however, found no evidence of sexual harassment.

Last call made at 9 pm

Anjali, who worked in event management, had left her house in Aman Vihar to attend a New Year’s Eve party. Anjali informed her family about 9 pm that she would be returning home late at night. Her family had no idea their daughter would never return.

On Sunday, January 1, at 3:24 am, police got a report that a grey Baleno was carrying a dead person. The corpse was discovered around 4:11 am near the Hanuman temple in Jonti village by police. There were numerous damage marks on the corpse, clothing were ripped, and both legs were severed from the torso.

Five persons in the car were apprehended by police. The accused stated that they discovered something caught beneath the automobile while conducting a U-turn at a corner.