Data from the Controller General of Accounts showed that India's federal fiscal deficit for the three months through June increased less than projected to 3.52 lakh crore, or 21.2% of the full-year target. 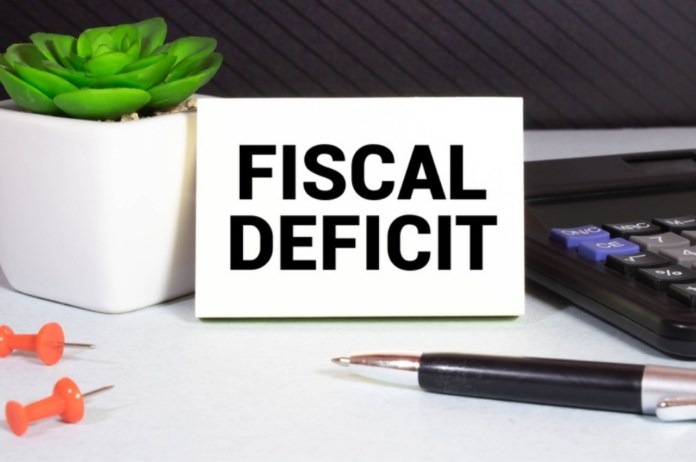 New Delhi: Data from the Controller General of Accounts showed that India’s federal fiscal deficit for the three months through June increased less than projected to 3.52 lakh crore, or 21.2% of the full-year target.

In the meantime, tax receipts increased more quickly than anticipated. The government collected more goods and services tax (GST) as well as more corporate tax receipts as a result of increased economic activity, which was aided in part by higher inflation.

In the first three months of the fiscal year 2021–2022, there was a deficit of 2.74 lakh crore. Thus, on a year-over-year basis, the fiscal deficit in the first quarter of the current fiscal is 28.3% larger.

The fiscal deficit for April-May FY23 was 12.3% of the 16.6 lakh crore projection for the full fiscal year.

When it comes to spending, the government spent less on important subsidies like food and fertiliser during the months of April and June than it did a year earlier—approximately 68,000 crore.

Also Read :- Learn the trick & tips to save money on Amazon & Flipkart

Officials in the finance ministry now have more faith that they can achieve the desired budgetary deficit despite challenges on the economic front.

According to Kaushik Das, chief economist at Deutsche Bank, if no more tax duty reductions or increases in spending are announced, the government should be able to keep the fiscal deficit in 2022–23 near to the goal level.

Union Finance Minister Nirmala Sitharaman set the fiscal deficit target at 6.4% of GDP for 2022–23 beginning in April, down from 6.7% in the prior fiscal year, when she presented the annual budget in February.

Following an increase in the price of crude oil around the world, the Centre lowered taxes on cooking gas, gasoline, and diesel in May to help customers.

The government informed MPs this week that the GST receipts increased to 2.09 lakh crore, or over 27% of the target for the entire year, in the first three months of the current financial year.

Compared to earlier projections of over 8% and 8.7% for the preceding year, the Indian economy is predicted to grow by about 7.2% annually in the current fiscal year.