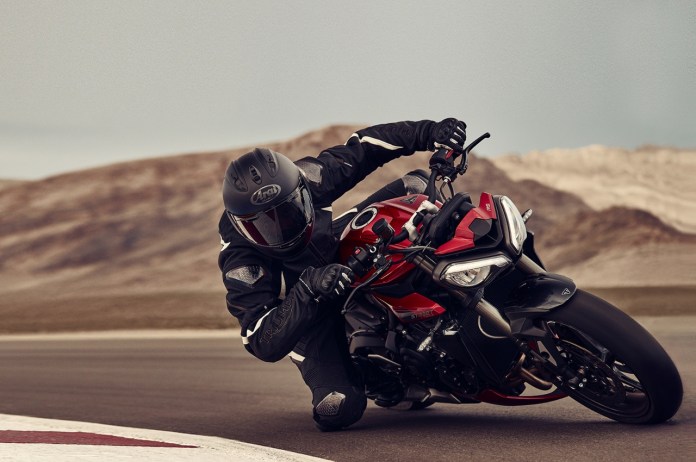 New Delhi: British premium bike maker Triumph has introduced its new bike Triumph Street Triple in two new variants for the global market. This bike is likely to be launched in March 2023 for the Indian market. Although the company has started taking its bookings. Customers can book it through the authorized dealership or website with an amount of Rs. 50,000.

Read More  – YAMAHA RX100 TO RELAUNCH IN INDIA: ALL YOU NEED TO KNOW ABOUT

Keeping in mind the enhanced ride and safety, the bike gets cornering anti-lock braking system with traction control, ride-by-wire throttle as well as disc brakes on both the wheels. Talking about its suspension, Showa inverted forks have been used in its front and adjustable mono shock unit has been used in the back side.

Read More  – TOYOTA INNOVA HYCROSS: ALL YOU NEED TO KNOW ABOUT!

The official price and availability of this bike has not been informed yet. But it is being estimated that its price in the Indian market can be around 10 lakh rupees.