Toyota Innova Hycross: All you need to know about! 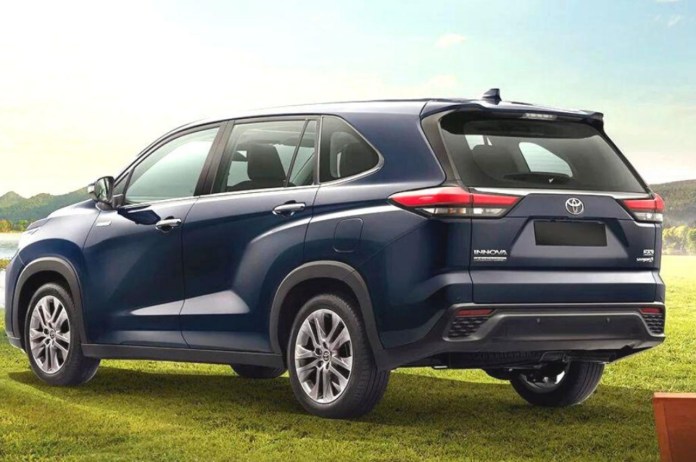 New Delhi: Toyota’s Innova Crysta has never been known for mileage, rather this vehicle has built its brand on the basis of its reliability and sturdiness. On the other hand, the new Innova Highcross promises great fuel efficiency which is usually seen with hatchbacks. This is because of the hybrid powertrain employed, which is a new 2.0L petrol engine combined with an electric motor to generate a combined power of around 182 bhp. It gets an eCVT gearbox, which gets drive modes along with EV mode which only enables it to drive on electric power only.

There is also a standard 2.0L petrol engine option available, but the hybrid version is more fuel efficient and that’s why we tested it. The Innova Hycross Hybrid starts in EV mode, giving it a completely silent driving experience. We switched it to Eco mode and drove comfortably in Bengaluru traffic and were soon on the highway for smooth driving. We didn’t apply too much pressure on the throttle and the Innova Highcross kept going for miles with ease.

What is the actual mileage?

The official claimed mileage of the car is 21.1 kmpl, which we actually got around 18 kmpl. This also included smooth driving on the highway. In a city drive with heavy traffic, it can be said to go up to 17 kmpl, but it is still a huge improvement over the earlier Crysta diesel, which got much less mileage. The new platform, being a hybrid powertrain, makes the Innova Highcross more efficient and it easily outclasses other petrol MPVs as well as other rivals.

Read More  – YAMAHA RX100 TO RELAUNCH IN INDIA: ALL YOU NEED TO KNOW ABOUT

The addition of a hybrid powertrain along with it is a great move, making it a lot easier for customers shifting from the diesel Crysta to the petrol. We took one of it for a short drive near us, while on a long drive on the highway, the mileage could be closer to the claimed figure. Whereas in hybrid cars, a light throttle input is also required to use the eco mode as well to get the best mileage.