The new generation of Škoda cars will not use the flying arrow logo on the hood, the company confirmed, just with a new word. 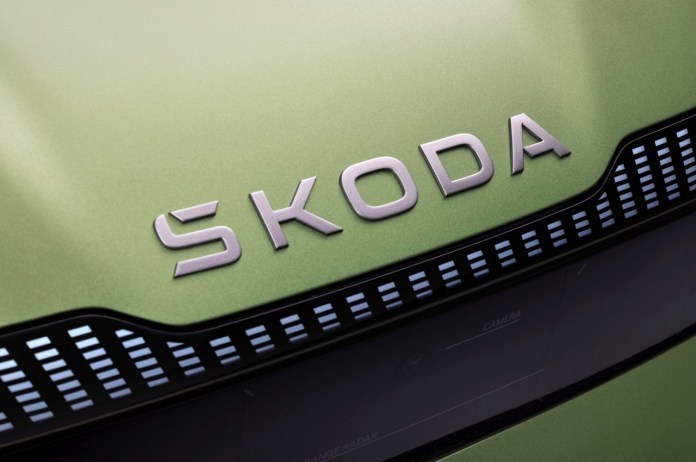 New Delhi: Škoda unveiled its new logo – the eighth iteration in the company’s history – along with the new Modern Solid design language with the Vision S SUV concept. The new generation of Škoda cars will not use the flying arrow logo on the hood, the company confirmed, just with a new word.

The new Škoda logo: the biggest change in 30 years

The flying arrow logo, which will continue to be used for communications and digital purposes, trades 3D design for a 2D effect. It’s similar to what parent brand Volkswagen did in 2019. Like the Volkswagen logo, it’s simpler and cleaner than the previous design, so it looks better digitally.

The new logo has two versions – one with only words and the other with the historical emblem and the inscription Škoda below it in a new stylized font. Skoda says this is an updated take on its classic badge and wordmark, and the brand will continue to use the badge on other parts of the car, such as the wheels, as well as the interior.

Meanwhile, a new logo consisting of the name “Skoda” written in a new stylized font will be used on the hood of all future cars. The wordmark also removes the caron or accent over the S and is now modified to introduce a break in the S.

Škoda has long since dropped the flying arrow logo from the rear of the car and replaced it with the Škoda inscription on the rear. This is already seen on all Skoda cars in India like Kushaq, Slavia, Octavia and Superb.

Škoda says that the changes are the biggest for the company in the last 30 years. Describing the new logo, head of sales and marketing Martin Jahn said: “We see this as the perfect opportunity to align our brand with a decade of transformation.”

The upcoming Škoda cars will have a new logo

The new badge will be extended across the range from 2024, with the new next-generation Škoda Superb and Škoda Kodiaq expected to be the first to wear it, both due to be introduced next year, followed by the facelifted Octavia.

It will also be seen on the confirmed electric seven-seat SUV, hatchback and compact crossover, all of which are due to arrive by 2026. These will be the first production cars to also use Škoda’s new design language.

Skoda currently sells Kushaq, Slavia, Superb, Octavia and Kodiaq in India. The brand will present the Enyaq EV here sometime next year. Skoda also has plans for a compact SUV as part of its India 2.5 project.