All-new Ford Mustang to make global debut on THIS date 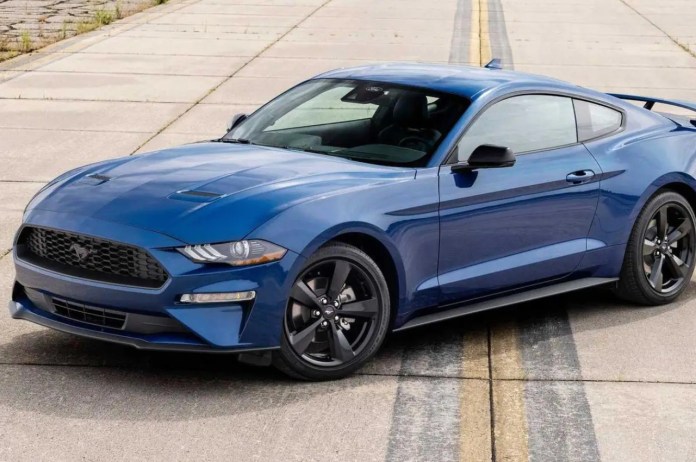 New Delhi: Hardly anyone knows the Ford Mustang, one of the most popular cars. It is one of the most iconic sports cars in the world. The American carmaker first brought this car to the market in the year 1964 and now on September 14, 2022, Ford is going to unveil the seventh generation of this most popular car. This car is to be debuted globally at this event to be held at the Detroit Auto Show. The new generation car is expected to get a lot of major changes along with a range of engine options as well.

There will be many big changes

In terms of design, Ford will retain its iconic muscular silhouette in this car. But at the same time many cosmetic updates will also be seen in it. The new generation car is also expected to get a lot of changes in its interior with a larger 13.2-inch touchscreen infotainment system, new alloy wheels, digital instrument cluster, new bumpers, slimmer all-LED headlights.

This sports car is the best selling in the whole world

Till now not much information has been received about its engine and powertrain. But it is expected from Ford that the company may offer a 5.0-litre V8 engine and a 2.3-litre, four-cylinder, EcoBoost engine option in this new generation Ford Mustang. The company also uses these engines in its other cars. The option of 6-speed manual gearbox can also be given in this car with automatic. According to Jim Farley, President and CEO of Ford Motor, the Ford Mustang is the best seller in the global market in the sports car category.