‘Something serious is possibly going on’: BBC correspondent says about Queen’s health 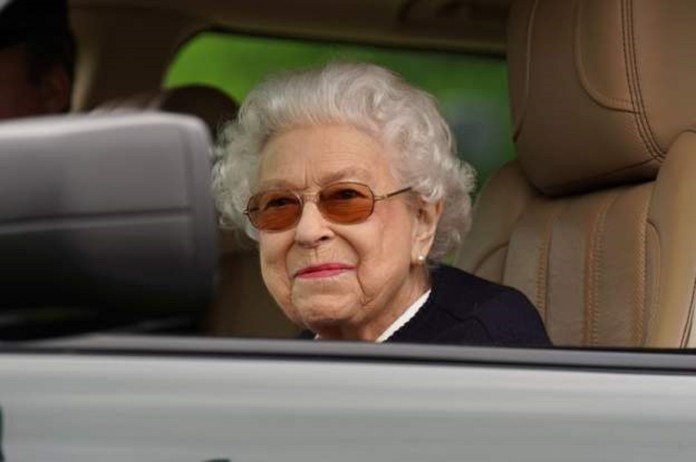 Speaking on BBC News, he says: “The whole policy of the palace has always been understatement and I’ve always suspected that possibly there was more than a mobility problem concerned here.”

Along with advancing age there may be other more complicated medical problems, he says.

“Hopefully this is a passing storm that can be overcome but I think that judging from the careful wording of the palace something serious is possibly going on here.”

Sumner adds: “People who’ve seen her say that mentally she’s sharp as a tack and very interested in everything still.”

He says it seems “her body is giving out on her” – though it’s not clear “quite in what way or how badly”.

Dozens of well-wishers have gathered outside the gates of Balmoral Castle in Aberdeenshire.

Police officers stand guard of the gates of the driveway leading up to the Castle where the Queen is being joined by members of her family.

Buckingham Palace said in its statement that the Queen was at the castle and was “comfortable” .

The Queen was placed under medical supervision at Balmoral after doctors became concerned for her health, Buckingham Palace said in a statement.

“Following further evaluation this morning, the Queen’s doctors are concerned for Her Majesty’s health and have recommended she remain under medical supervision,” the statement said.

It added that the nation’s longest monarch, 96, “remained comfortable” at Balmoral, the castle in Scotland where she spends her summers.

The Duke and Duchess of Sussex, Prince Harry and Meghan Markle, will be travelling to Scotland, a spokesperson for the couple said.

The couple, who now live in the US, have been in the UK in recent days for various engagements.

Where is Balmoral Castle?

It has been a royal residence for over 150 years, and was first used as a holiday home by Queen Victoria and Prince Albert.

It is said to be one of the Queen’s favoured residences and she has spent more time there over the last year.

Reactions to the news

“My thoughts – and the thoughts of people across our United Kingdom – are with Her Majesty The Queen and her family at this time,” she added.

Lindsay Hoyle, the speaker of the House of Commons, interrupted an energy debate in parliament to say he sent his best wishes to the monarch.

“Along with the rest of the country, I am deeply worried by the news from Buckingham Palace this afternoon,” opposition Labour leader Keir Starmer said.

The Archbishop of Canterbury, Justin Welby, said: “My prayers, and the prayers of people across the [Church of England] and the nation, are with Her Majesty The Queen today.

“May God’s presence strengthen and comfort Her Majesty, her family, and those who are caring for her at Balmoral.”

On Twitter he wrote: “I send my heartfelt thoughts and prayers to Her Majesty The Queen and the Royal Family at this worrying time.”