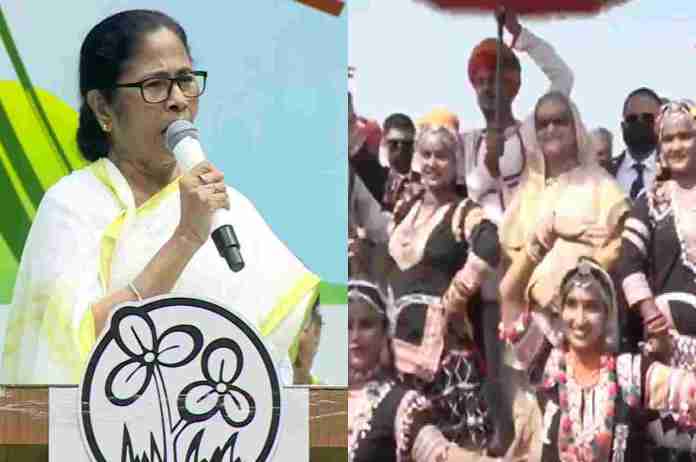 Said the Chief Minister: “This is the first time the Prime Minister of Bangladesh came to India and did not come to Bengal despite her desire to meet me.”

WB CM further complained that the central government had denied her permission to attend significant event in abroad.

“I do not know why they (Bharatiya Janata Party) are so angry. They also did not let me go to many places including Chicago and China to attend events,” asserted the CM.

Meanwhile, Sheikh Hasina on Thursday reached Rajasthan’s Jaipur where she was welcomed by the local artists.

#WATCH | Rajasthan: Upon her arrival at Jaipur airport earlier today, Bangladesh PM Sheikh Hasina grooved with the local artists who had gathered there to welcome her. pic.twitter.com/Mk8qf5xDEG

The Bangladesh PM reached India on Monday (September 5). During her visit, she had met with her Indian counterpart Narendra Modi and held crucial talks.