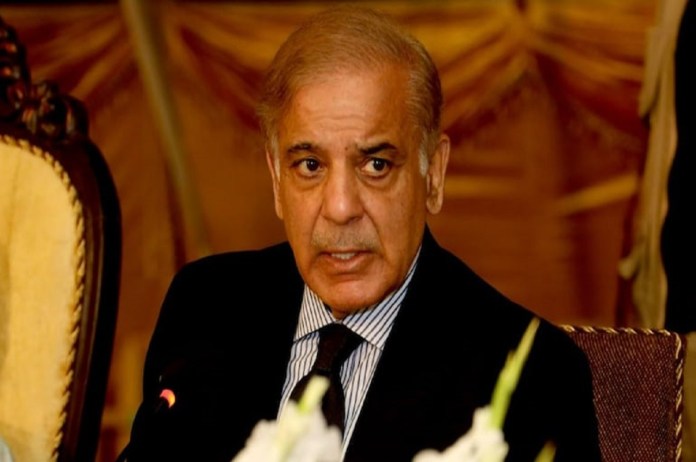 Islamabad: Pakistani Prime Minister Shehbaz Sharif is likely to visit London on September 18, where he will likely attend the funeral of Queen Elizabeth.

Citing sources, Pakistani media reported that Sharif will be leaving on a foreign tour and his first trip would be in Uzbekistan’s cultural capital Samarkand to attend two-day Shanghai Cooperation Organisation scheduled on 15 and 16 September.

“Shehbaz Sharif will then return to the country and after a gap of two days will leave for London on September 18,” they said. Sharif will also hold meetings with political leaders during his London visit.

He may also join the funeral of Queen Elizabeth during his visit, the report stated.

The Pakistani prime minister will also travel to New York on September 19 and will address United Nations General Assembly (UNGA) session on September 23.

“He will then return to Pakistan after his UNGA address,” the report quoted sources as saying.

They also met with British High Commissioner Christian Turner and expressed grief over the Queen’s death on behalf of the government and people of Pakistan. They also recorded their remarks in the condolence book placed at the high commission.

“Her sad passing away marks an end of an era spanning over a period of seven decades, which was characterized by Her Majesty’s graceful service to the British people and the Commonwealth,” President Alvi wrote in the condolence book.

“Her Majesty’s life was devoted to public service and she performed her duties with dignity. I will always cherish my memory of seeing her as a 12-year-old when she came to Pakistan in 1961,” he further wrote.

“She was a symbol of poise, grace and dignity,” Alvi added.

Prime Minister Shehbaz, wrote that besides her services for the public interest, the Queen remained a symbol of unity and brotherhood.

According to the report, Sharif, while considering the flood situation in the country, cancelled his visit to London, where he planned to go to inquire about the health of Hamza Shehbaz’s daughter and his granddaughter who is undergoing treatment in London.