HomeWorldClashes erupt between Azerbaijani and Armenian

Clashes erupt between Azerbaijani and Armenian

According to Russian news agencies, the clashes broke out on Tuesday over hostilities related to the decades-old Nagorno-Karabakh territory dispute. 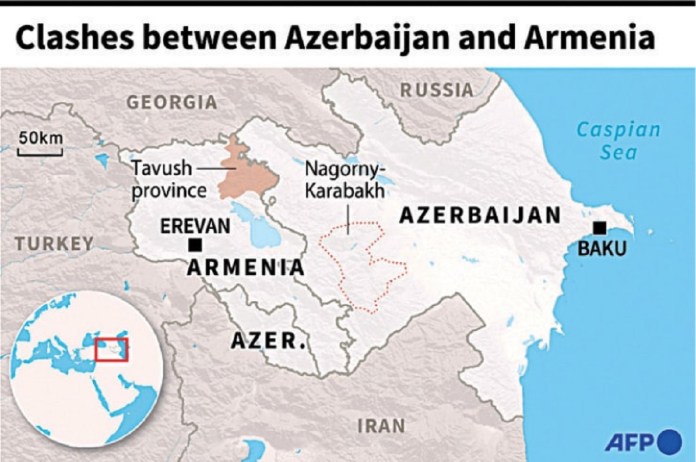 New Delhi: In a resumption of decades old hostilities, clashes erupted between Azerbaijani and Armenian troops early on Tuesday.

According to Russian news agencies, the clashes broke out on Tuesday over hostilities related to the decades-old Nagorno-Karabakh territory dispute.

“At 00:05 am (2005 GMT) on Tuesday, Azerbaijan launched intensive shelling, with artillery and large-calibre firearms, against Armenian military positions in the direction of the cities of Goris, Sotk, and Jermuk,” Armenia’s defence ministry said.

The Azerbaijani Ministry of Defense responded with a statement acknowledging the strikes, but said the strikes are “small-scale” and “aim to ensure the security of Azerbaijan’s borders.”

On Monday, Azerbaijani Ministry of Defense accused Armenian forces of firing in small arms in the directions of the Novoivanovka settlement of Gadabay region and Husulu settlement of Lachin region near the border of the two countries. Armenia denied the allegations, reports CNN.

In 2020, the two countries clashed over the disputed Nagorno-Karabakh region, a landlocked area between Eastern Europe and Western Asia that is populated and controlled by ethnic Armenians but located in Azerbaijani territory.