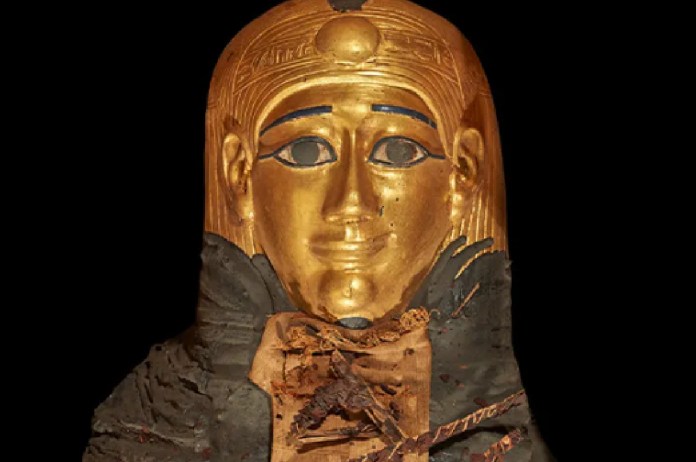 Viral Photo: Recently, a team of researchers at Cario University in Egypt has discovered 49 precious amulets from a 2300-year-old mummy, some of which are made of gold. The mummy of a teenage boy was digitally peeled by the researchers using computer tomography images. The journal Frontiers In Medicine released information on the discovery. The fully wrapped mummy from an Egyptian Late Ptolemaic cemetery in Edfu has been safely kept there since 1916 at the Cairo Egyptian Museum.

To help with the documentation and promotion of the mummy’s public presentation, computed tomography (CT) was utilised to scan and 3D-print it.

Biological sex was determined by the presence of male genitalia; epiphyseal fusion and tooth eruption indicated a death age of about 14–15 years. The teeth and bones of the dead were in good condition and lacked any indications of disease or starvation. CT has found a high-quality mummification technique. In this case, the viscera were removed by a left lower-abdominal incision, and the brain was removed through an iatrogenic cribriform plate defect. The heart was left inside the chest as a sign. The body was then covered in linen after the thoracic and empty cranial chambers were filled with resin.

Numerous amulets were made of gold, but there were also amulets made of baked clay, semi-precious stones, and glazed ceramics called faience.

They served to preserve the corpse and “give it vitality in the hereafter,” according to Prof. Sahar Saleem of Cairo University, the study’s first author.

He noted that the boy’s age—he was probably in his mid-teens—and the number of amulets buried with him was uncommon. 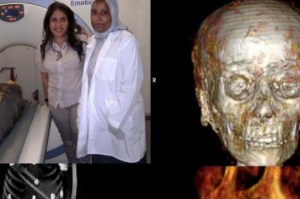 The professor told the National, “The large number of amulets, with variety in shapes, many golden amulets, and the unique arrangement of the amulets in three columns are definitely extraordinary findings and may indicate the high class of the deceased”.

Prof and two researchers from the museum used CT scanning to look inside the body, to reveal the mummy’s extraordinary secrets.

Prof Saleem said, “I use CT to do non-invasive examination of fully wrapped mummies or sealed artefacts that had been kept in the basement of the museum without being studied or examined before.”

He added, “The objectives of the work were to study the object to register information in the museum’s registration book, to find objects that needed repair or preservation, and to promote some objects to be displayed in the museum.”

Where is Mummy now?

The mummy is now on display at the Egyptian Museum alongside computerized tomography images and a 3D-printed version of a heart scarab amulet.

Why body is buried in Ancient Egypt?

In Ancient Egypt, the body was buried with possessions that it thought could be useful or provide sustenance in the afterlife. Egyptians believed that a person’s spirit had to navigate an underworld filled with unusual creatures, gods and gatekeepers before reaching the Hall of final Judgement, where the body would plead its case with divine judges for entry into the afterlife.